55,020 detained for violating the curfew in the Dominican Republic 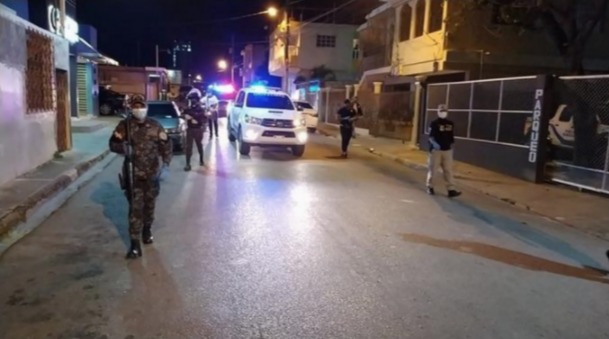 On the morning of April 21, the Minister of the Presidency, Gustavo Montalvo, announced that up to six in the morning of that day, some 45,308 citizens had been arrested for violating the provision of the curfew, which has prevailed in the country since March 20, as part of efforts to try to prevent the spread of the coronavirus (Covid-19) in the country.

Since then, some 9,712 people have been arrested for circulating on the streets between five in the afternoon and six in the morning, at which time the government order reigns, according to police reports from April 21 to the morning of this Saturday.

In total, 55,020 citizens have been arrested for being outside their homes between five in the afternoon and six in the morning.

Last Friday, March 20, in the early hours of the afternoon, the President of the Republic, Danilo Medina through Decree 135-20, imposed a curfew that would begin at 8 p.m. on the same day until 6:00 a.m. the morning to try to counteract the spread of the coronavirus (Covid-19) in the country.

The start time of that government provision was varied for Friday, March 27 and it was implemented that instead of eight in the evening, it would begin at five in the afternoon.

That government provision was to conclude on Friday, April 2, but it has been extended three times, the last one being announced last Thursday for 17 days from this coming May 1.

A curfew is the measure that a government establishes in exceptional situations to limit free movement on the streets and permanence in public spaces.

The person who violates that provision may be detained by the authorities and taken to a barracks or detachment. Normally these measures are taken in circumstances of wars, natural disasters, or circumstances that could end in conflicts or revolutions.

It is a fundamental right of the people, enshrined in the Constitution of the Republic. The only way to curtail that right is as the president has done after the National Congress approved the state of emergency throughout the country.