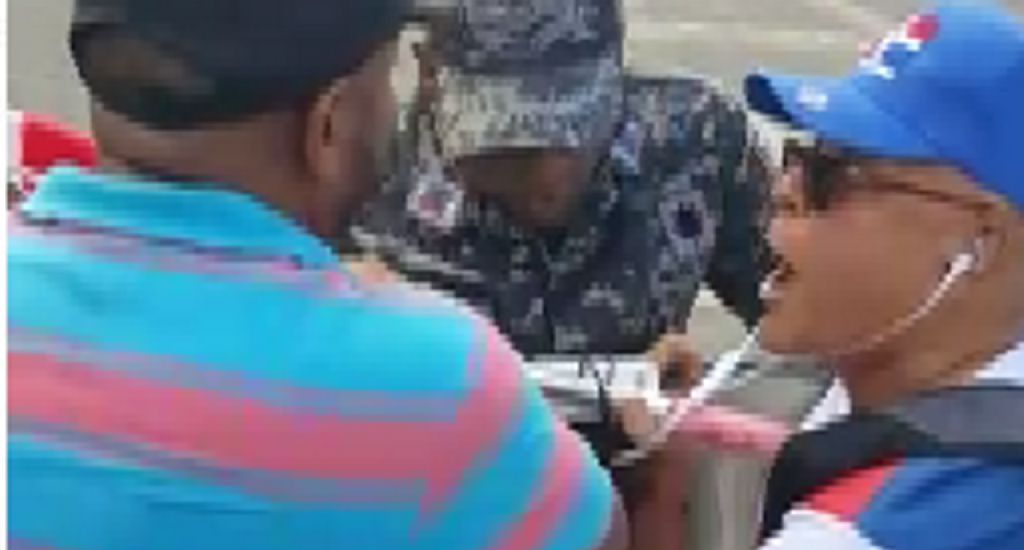 Santo Domingo.- Manny Solano, deputy candidate for the National Citizen’s Will Party (PNVC), questioned why “so many policemen” were deployed to prevent him, along with a group of people, from demonstrating in front of the National Palace.

He argued that what he demands is “the right of the Dominican people,” especially the worker, in order to approve the withdrawal of 30 percent from their pension fund.

What’s the fear? Can’t I protest here? He asked himself.

The police officers were posted around the National Palace since early Thur., before the protesters arrived.