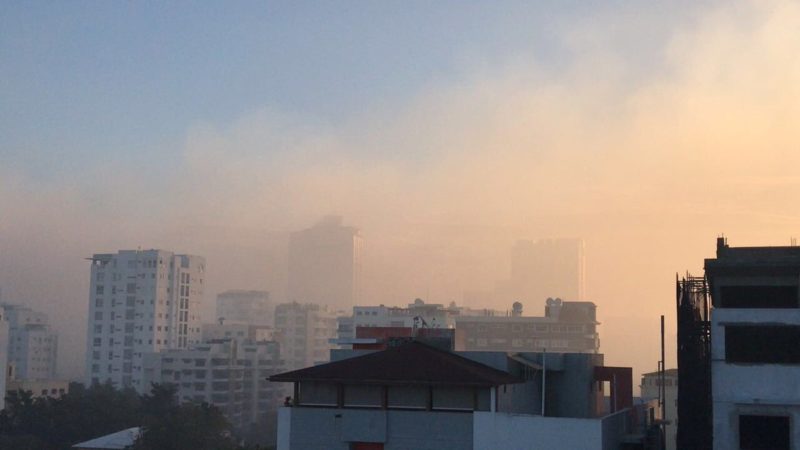 The smoke from the Duquesa landfill was felt again this Saturday morning in various sectors of the Capital, due to the fire that occurred last month and that so far has not been fully controlled.

Smoke continues to cover the landfill, which varies depending on the direction of the wind, as hundreds of firefighters and personnel from various state institutions continue to work to prevent the resurgence of flames in the mountains of garbage.

Authorities working to quell the fire said Wednesday that the hottest areas of the landfill have already been practically recovered and that the smoke would be minimally felt in the coming days.

They explained that a work plan was organized to identify those outbreaks that are still generating a lot of smoke so that during the course of tonight and tomorrow it will be possible to reduce the smoke that has been affecting Greater Santo Domingo for several days.