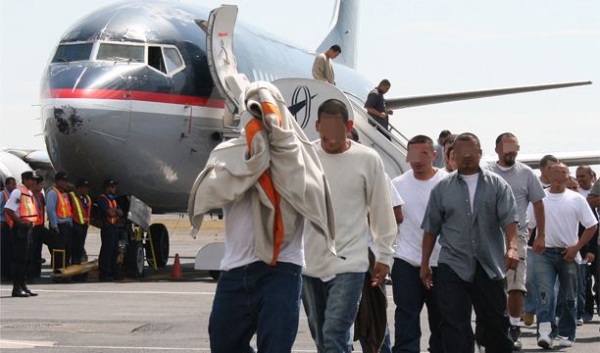 Santo Domingo.- The United States Immigration and Customs Enforcement Service deported 56 Dominican ex-convicts to the country on Tuesday, after serving prison terms in that nation.

The aircraft brought the Dominicans to Las Américas Airport, after landing in Port-au-Prince, where it left a group of Haitians, the number of which was not disclosed by authorities.

With those 56 Dominicans the number of repatriated this year rises to 488, after having served sentences for drug trafficking, homicides, money laundering, sexual abuse and assaults.