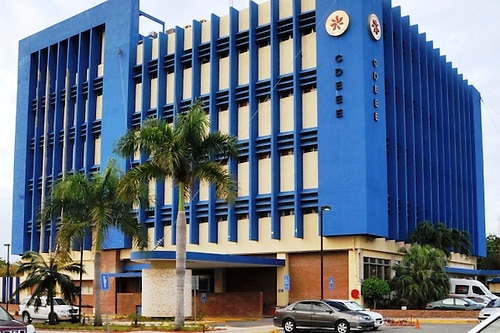 SANTO DOMINGO, Dominican Republic.- The National Observatory for Consumer Protection (ONPECO), calls on the Superintendency of Electricity, PROTECON, and the Dominican Government to review the formula that was used to measure the consumption of electricity from households and businesses during the pandemic, in response to complaints from users about overbilling received in March and April.

The invoices received have been doubled compared to the previous months, despite the fact that users of electrical energy in commercial establishments and other companies and institutions were closed due to the state of emergency decreed by the Government.

ONPECO understands that the affected users should not pay the over-invoicing of the EDEs, because these commercial companies have not even used their facilities, respecting the current state of exception, so they have remained closed, and this unjustified increase constitutes a violation Article 68 of the Constitution that obliges to respect the institutional order and the legal rules taken by the State in a situation as special as that experienced by the pandemic.

ONPECO recalls that both Law 21-18 on states of exception, as well as Law 358-05 on consumer rights, together with the natural law of EDEs, which is 125-01 and its amendments, prohibit charging energy not served or not consumed assumptions that concur in the present, due to the prevailing state of emergency throughout the national territory, so it is illogical to speak of high energy consumption in premises and closed apartments.

ONPECO understands that institutions such as the Superintendency of Electricity, whose existence corresponds to the construction of the social state of rights, must already, in the application of articles 164 and 165 of the Constitution, thoroughly investigate the irregularity and give a valid response to all energy service users.

After describing the double billing as an abuse, the consumer and user defense entity urged all those affected to act, because we must pay for what is consumed, not the average since apparently the meters were not verified, but averaged. There are houses that are closed and the receipt has reached up to triple what they normally pay in normal times.

The entity chaired by Altagracia Paulino called on EDEs users not to pay bills on closed premises or apartments, recalled that it is a traditional practice for premises and apartments that their owners keep closed for various reasons EDEs take advantage of the occasion to abuse its users using abusive clauses in the accession contracts, which violates Law 358-05 on consumer rights.

ONPECO reminds that Law number 358-05, on the protection of consumer rights, is of public order and of social interest, which is in accordance with the social State of rights that governs us, obliges EDEs to abide by the legal provisions established in the rule; and PROTECON, the body that defends users of the electric energy service, fulfill its role so that the families and people affected are compensated as a way to repair the damage caused right in the midst of a state of emergency.

The state of emergency seeks to guarantee the right to life and what is in danger is people’s lives and over-invoicing constitutes an attack on users because as they are not generating income, their meager resources must be allocated to their own survival. And, by making the choice to pay abusive fees or defend their lives, they are creating psychological and economic criminal stress.

ONPECO urged the users of the energy service to go to the EDEs to claim their rights to fair payment rates and not contribute to the abuse, remaining silent in the face of the excessive billing in the months of March and April.