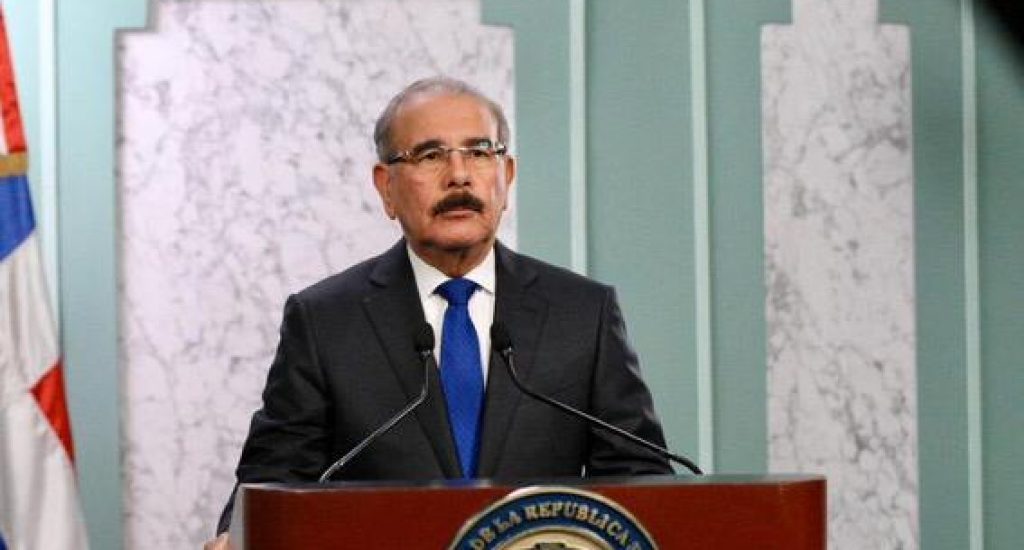 Santo Domingo.- President Danilo Medina on Tue. announced that the government has planned 4 phases of de-escalation, starting next week. He noted that next Wednesday, May 20, the first phase will begin, in which companies will be able to partially operate according to their size and the number of employees.

Meanwhile, medium and large companies must operate with a maximum of 25% of personnel in the first phase.

“For its part, the public sector will also begin to work with 50% of the personnel, and the incumbents are authorized to increase this percentage if the needs so demand.”

Only the Metro, Cable Car and OMSA will start operating

He said that, from the same date, only state public transport will begin to operate: Santo Domingo Metro, Santo Domingo Cable Car and Metropolitan Office of Bus Services (OMSA), at 6 a.m. at 6 in the afternoon.

“This transport will operate at approximately 30% of its capacity and the use of masks will be mandatory at all times. In addition, users must remain distant and silent, avoiding socializing within them.

The head of state affirmed that the circulation of private collective transport units will be activated in the following phase, according to how the situation evolves.

To avoid the rush hour crowds, the Government also established the obligation of different hours.

“At 7 am, supermarkets, pharmacies, the construction sector, industry and processing companies, including export processing zones, would begin operating.”

Likewise, mining and quarrying, agricultural and agroindustrial activity and activity in ports and airports will begin at that time, and they will continue to receive only freight and ferry flights.

“At 8 am, public sector employees will start working. And at 9 in the morning other stores such as hardware stores, vehicle dealers, workshops, the financial sector, furniture and electrical appliance stores, cloth and clothing stores, etc. would come into operation. In addition to the service sector.”

Medina also pointed out that, during this phase, the maritime, land and air borders are kept closed.