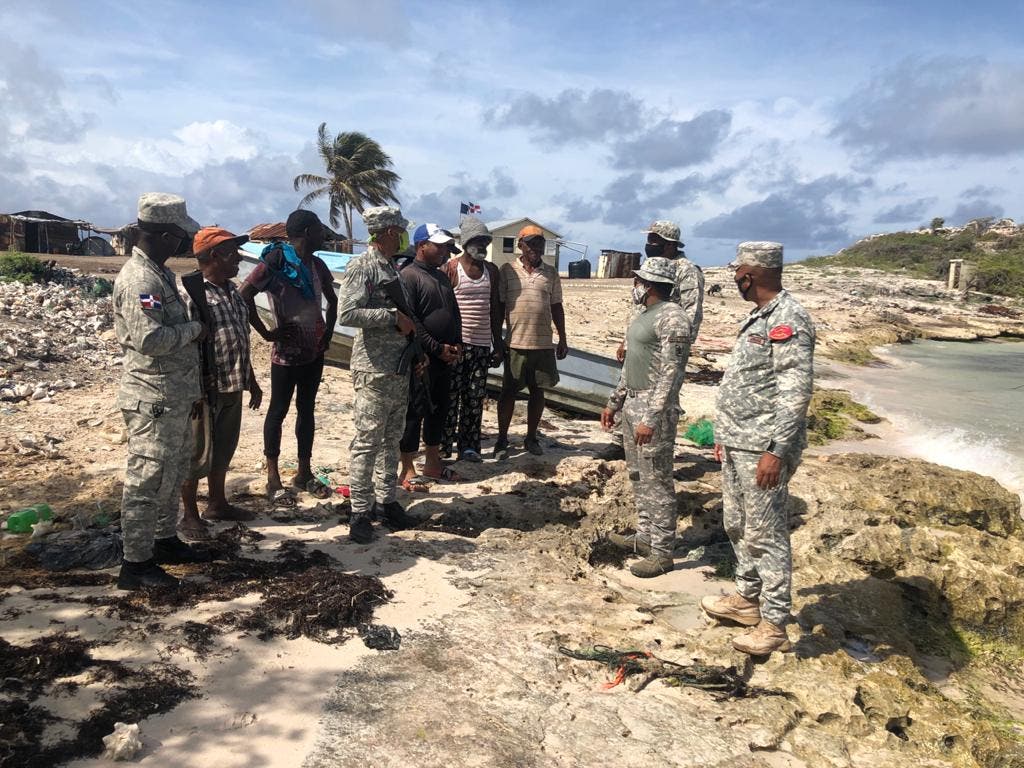 SANTO DOMINGO.-Thirteen Haitians were detained, five boats with their respective outboard motors retained, and rudimentary fishing tools seized, all the results of an extensive coastal marine operation carried out in Pedernales by the Dominican Republic Navy, following instructions from President Danilo Medina, via the Ministry of Defense.

It was reported that the purpose of the operation was to review whether the sanitary measures taken by the Government and the Ministry of Public Health to counter the coronavirus and at the same time prevent indiscriminate fishing in the Dominican territorial waters were being complied with in the Pedernales area.

The operation was carried out in two phases, one by land and the other by sea, where reconnaissance and review actions were carried out, ranging from the Bucán Ye area in Pedernales to the naval post of the Dominican Navy on Beata Island.

In relation to the 13 Haitians, it was reported that they were captured by naval units of the Dominican Republic Navy when they were engaged in illegal fishing in Dominican territorial waters, specifically off the Pedernales coast.

It was reported that when the thirteen Haitians were detained, the Dominican naval authorities verified that they did not have the corresponding permits to fish in that area.

In the operation, the Haitians’ five boats with their respective outboard motors, as well as rudimentary tools that they use in illegal fishing were confiscated.

The 13 Haitians were handed over to the authorities of the General Directorate of Migration in the area for the corresponding purposes. Their boats were in custody of the Pedernales naval authorities.

In this extensive operation carried out by the General Command of the Navy of the Dominican Republic, led by Vice Admiral Emilio Recio Segura, two surface units and members of the Marine Corps participated, stationed at the posts, detachments, and command posts in the area under the Coordination of the Southern Naval Zone Command and the Navy Naval Operations Division.