Next president of Dominican Republic will be Luis or Leonel. Political scientist rules out Gonzalo 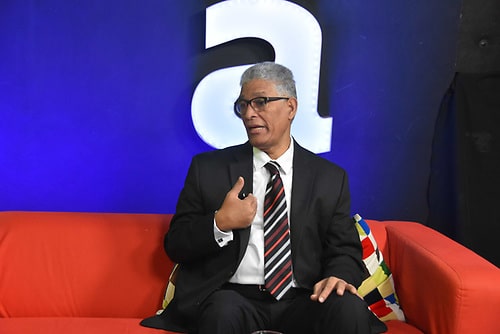 SANTO DOMINGO, Dominican Republic.- Political scientist and lawyer Freddy Ángel Castro ruled out that Gonzalo Castillo, presidential candidate of the Dominican Liberation Party (PLD), can compete successfully in the elections. He affirmed that the next president elected by the Dominican people would be a choice between Luis Abinader and Leonel Fernández.

The analyst and university professor Freddy Ángel Castro explained that the current electoral process is unique in being celebrated during a pandemic. This distinction, in turn, has led to the paralysis of the economy, due to the mandatory quarantine worldwide, reasons for which significant economic agents and other sectors of Dominican society will weigh very well who they favor to lead the State.

He indicated that the PLD presidential candidate, Gonzalo Castillo, does not have the experience or the professional or intellectual preparation to lead the country during a crisis.

He argued that, on the contrary, the presidential candidate of the opposition Modern Revolutionary Party (PRM), Luis Abinader, is a professional and successful businessman, and the candidate of Fuerza del Pueblo, Leonel Fernández, has been President of the Republic three times and tells with experience and preparation. He considered that both Abinader and Fernández have teams of experienced and well-trained advisers.

On the Mark Penn/Stagwell poll, he considered that to be more than a survey. What was done was a poll without the rigor necessary for an accurate study on electoral preferences.

He drew attention to the fact that David Collado, who at the moment does not compete for any position, was included among the politicians to be valued.

He noted that it would appear that this recent Mark Penn/Stagwell poll sought to cause harm to the PRM and its candidate Luis Abinader, as indicating to the opposition candidate that he must make some change to the ballot.

He drew attention to the fact that David Collado has not appeared in public events giving determined support to Luis Abinader, and has expressed himself in this regard.