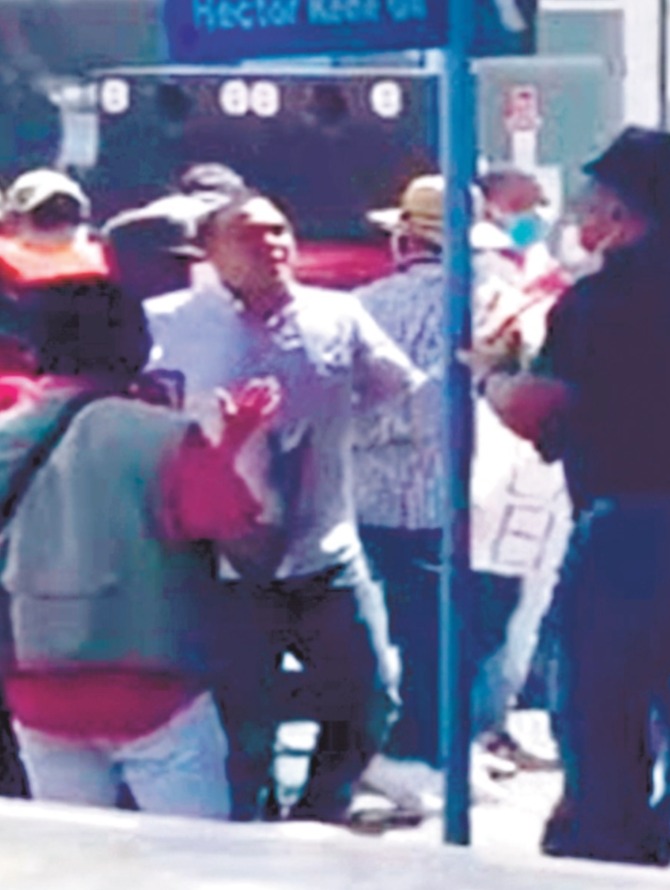 Deputy Pedro Botello called for a massive protest in the vicinity of the Duarte Park for citizens. Today / Courtesy John Andres Contreras Peña. 06/04/20

The deputy of the Social Christian Reformist Party (PRSC), Pedro Botello, was admitted yesterday to a clinic in the La Romana province after being attacked and affected by tear gas bombs dropped by police officers, during the protest he led on the street so that the project that seeks to withdraw up to 30% of the savings of the Pension Fund Administrators (AFP) is approved. It requires that these funds be returned to workers during the Coronavirus pandemic.

Botello was moved to Santo Domingo yesterday afternoon, where he was evaluated by his cardiologist, and later dispatched. He told this reporter that he will be taken today to rest at his residence.

The legislator warned that no outrage will stop the fight they will resume on the morning of this Friday, “with more force.”
He demanded from the director of the National Police, General Ney Aldrin Bautista Almonte, an explanation of the mistreatment of the group of civilians who demonstrated peacefully in the streets to ask the AFP to deliver to formal employees 30% of what is quoted in the AFP. Botello accused of being in collusion with the attack on the civil authorities of La Romana, and those who accompanied them named the mayor Juan Antonio Adames (Tony).

Botello regretted that in the state of emergency due to the Coronavirus, freedom of expression is being curtailed. What happened to Botello went viral on social networks: a video in which his companions confronted the police and prevented him from being arrested. Deputies Elías Báez and Betzaida González condemned the attack.