Malaria and dengue fever rise in DR amid pandemic 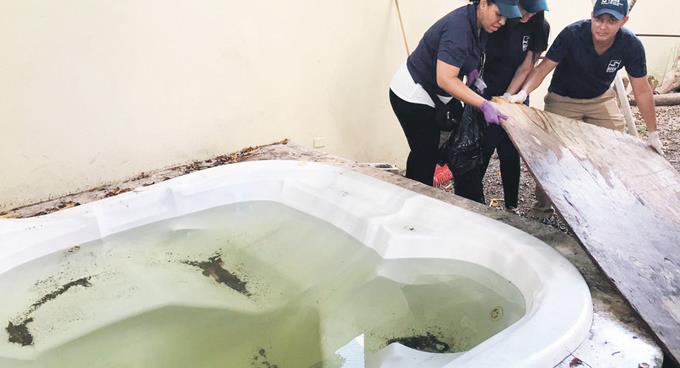 The two main foci of malaria or malaria infection in the country remained active during the first five months of the year, with a cumulative 560 new cases of the disease produced by a mosquito-borne parasite, with 374 more cases than those registered in the same period last year when 186 cases had been reported.

While dengue registers, up to May 9, 1,001 more cases than in the same period last year, with a record of 3,165 cases, while last year on that same date the system reported 2,164 cases. However, both diseases remain green or at an epidemiological safety level.

According to epidemiological bulletin 19 posted on the page of the General Directorate of Epidemiology, in the first five months of the year 90% of reported cases come from the focus of Los Tres Brazos, made up of towns located near the Ozama and Isabela rivers in the municipalities of Santo Domingo Este, Santo Domingo Norte, and Santo Domingo de Guzmán, with 505 cases of the 560 registered, while in the Foco de La Ciénega, located in Santo Domingo Oeste, 43 cases are reported.

In the last recorded epidemiological week, 12 new cases were reported, for a cumulative 33 cases during the last four weeks.

The Ministry of Public Health encourages the population to go to health services when fever occurs and they have visited one of the towns that have malaria transmission.

The symptoms of malaria are high fever with chills, headache, nausea and vomiting, muscle pain, weakness, and general malaise.

Regarding dengue, the report indicates that in the first week of last May, 14 new probable cases were reported and that during the last four weeks 99 cases were reported, of which more than half live in the National District, Santo East Sunday, Santiago, Pedernales, La Vega, and Moca. At the national level, the cumulative incidence is 82.90 cases per 100,000 inhabitants, mostly in the Hermanas Mirabal, Sánchez Ramírez, Santiago, Duarte, and Azua provinces.

Go to the doctor.
Public Health asks the population to go to health services when symptoms of malaria or dengue occur.