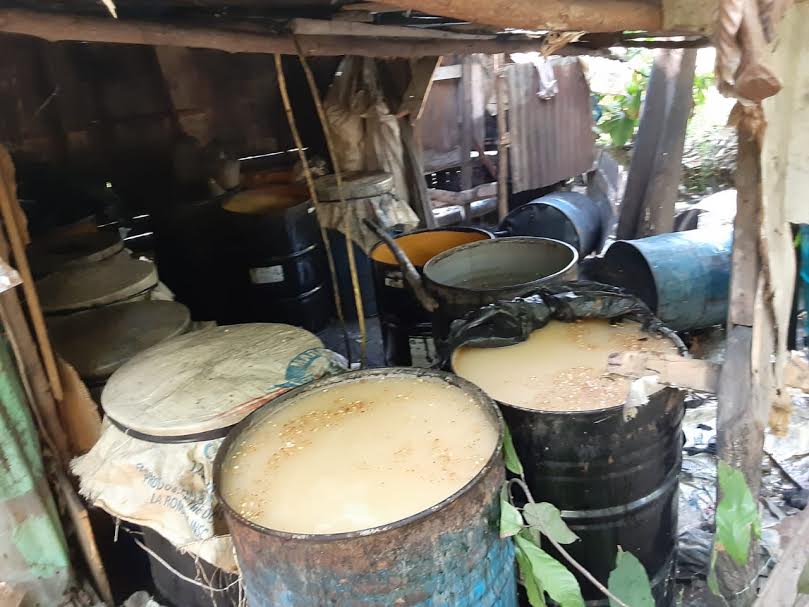 The raid was carried out in a clandestine factory, located in the María Trinidad sector of the Navarrete municipality, where the Ministry of Health, through the General Directorate of Medicines, Food, and Health Products (DIGEMAPS), the Office of the Prosecutor for Crimes and Crimes against the Health and the National Police seized various equipment for the preparation and storage of moonshine (Clerén).

With these actions, the governing body of Health in the Dominican Republic and the other authorities seek to eradicate the consumption of adulterated alcoholic beverages that are illegally carried out by groups that violate the General Health Law 42-01.

“Our objective will always be to preserve collective health and prevent these unscrupulous people who manufacture this type of poison from continuing to bring more grief and pain to Dominican families,” the health entity notes in the press release.

Among the equipment seized and subsequently destroyed, there were 15 tanks filled with the said liquid, five empty tanks, and one used for the elaboration of alcohol.

In addition, a tank full of decomposing corn kernels, a gas tank, a burner, industrial stoves, and ten copper pipes used in the distillate were confiscated.

The Santiago DAS-Santiago Provincial Health Directorate also participated in the raid and is responsible for continuing surveillance to prevent other clandestine factories from being established in the area.

In the country, the number of people who have died from methanol poisoning associated with the consumption of cleric has caused dozens of deaths, more than 330 cases have been identified, and there are some 123 people in intensive care.