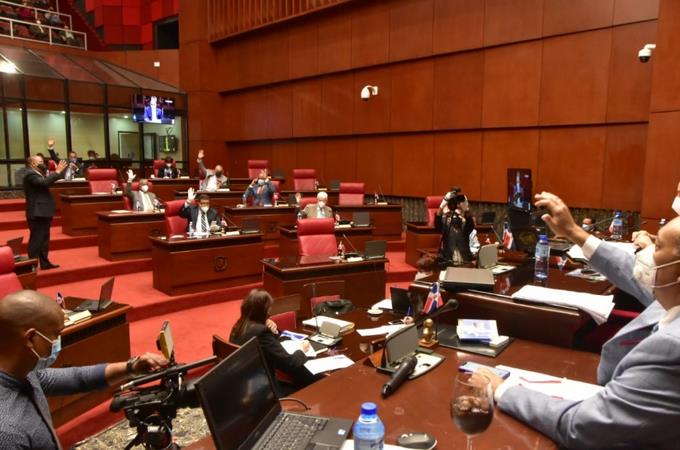 It took the senators 25 minutes to learn about the complementary budget project, which involves RD $ 150 billion pesos, and which has been prepared by the Dominican Government in the face of the fall in their income due to the pandemic of the new coronavirus.

The senators began their extraordinary session at 2:15 in the afternoon today, only with the intention of learning about the draft complementary budget, which they had received this same day, after 10 in the morning.

The legislators needed two extraordinary sessions, which ended with 25 minutes of work, to declare an emergency and release the piece of legislation that, among other things, raises new amounts of financing that the State will have to face.

“… the financing needs of the debt contemplated in this bill would require the National Congress to authorize us to obtain financing for an amount of RD $ 150.9 billion, in addition to those contemplated in the 2020 Budget,” states President Danilo Medina in the letter in which he presents the project to the congressmen.

Only one of the 20 senators present asked to speak to refer to the proposed budget amendment. It was Senator Dionis Sánchez, president of the budget commission, and who had previously received the piece from the government together with the acting president of the Senate, Aristides Victoria Yeb.

Dionis Sánchez, the representative of Pedernales, said that under normal conditions the modification should go to study groups such as the one he chairs or even a bicameral one.

“But three months ago we were experiencing a crisis that has brought the world to its knees and this has caused extraordinary spending that was not contemplated because the government was in aid of thousands of employees who were fired or suspended,” said the legislator.

He noted that the opposition that has a vocation for power must agree that this project is approved, in an allusion to what could happen in the Chamber of Deputies, where the officials no longer have the comfortable majority that previously allowed them to pass their projects. without major headaches.

This morning, the Minister of Finance, Donald Guerrero, said that the additional budget they were presenting sought to recognize the situation and the impact on the economy caused by the Covid-19 pandemic.

He stressed that on the one hand, they have had a serious decrease in collections, and on the other, they have seen an increase in the need to cover other items that are linked to the care of the population.

President Danilo Medina justified the project saying it was imperative a reorientation of public spending that would enable them to meet the increasing demands of resources to address the health crisis and needs “of citizens affected by the measures taken to contain the effects of the pandemic.”

The project sent by the Dominican president contains items for the Central Electoral Board for RD $ 1.6 billion and many additional funds for political parties.