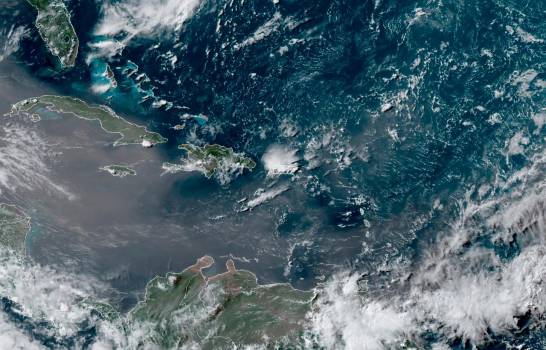 Santo Domingo.- The Sahara dust cloud is moving towards the western Caribbean and the Gulf of Mexico.

The concentration on the national territory is reduced and humidity and instability in the atmosphere increase, National Weather Office (Onamet) director Gloria Ceballos said Wednesday.

“The presence of a trough and the passage of a tropical wave will induce cloudy from morning hours, accompanied by scattered showers and occasional thunderstorms over various points in the Northeast, Southeast, Southwest, Central Cordillera and the zone. Border.”

The concentrations of dust from the Sahara began to be perceived in Greater Santo Domingo and other demarcations of the country since Monday, whose weather pattern persisted on Tuesday and with less presence on Wednesday.