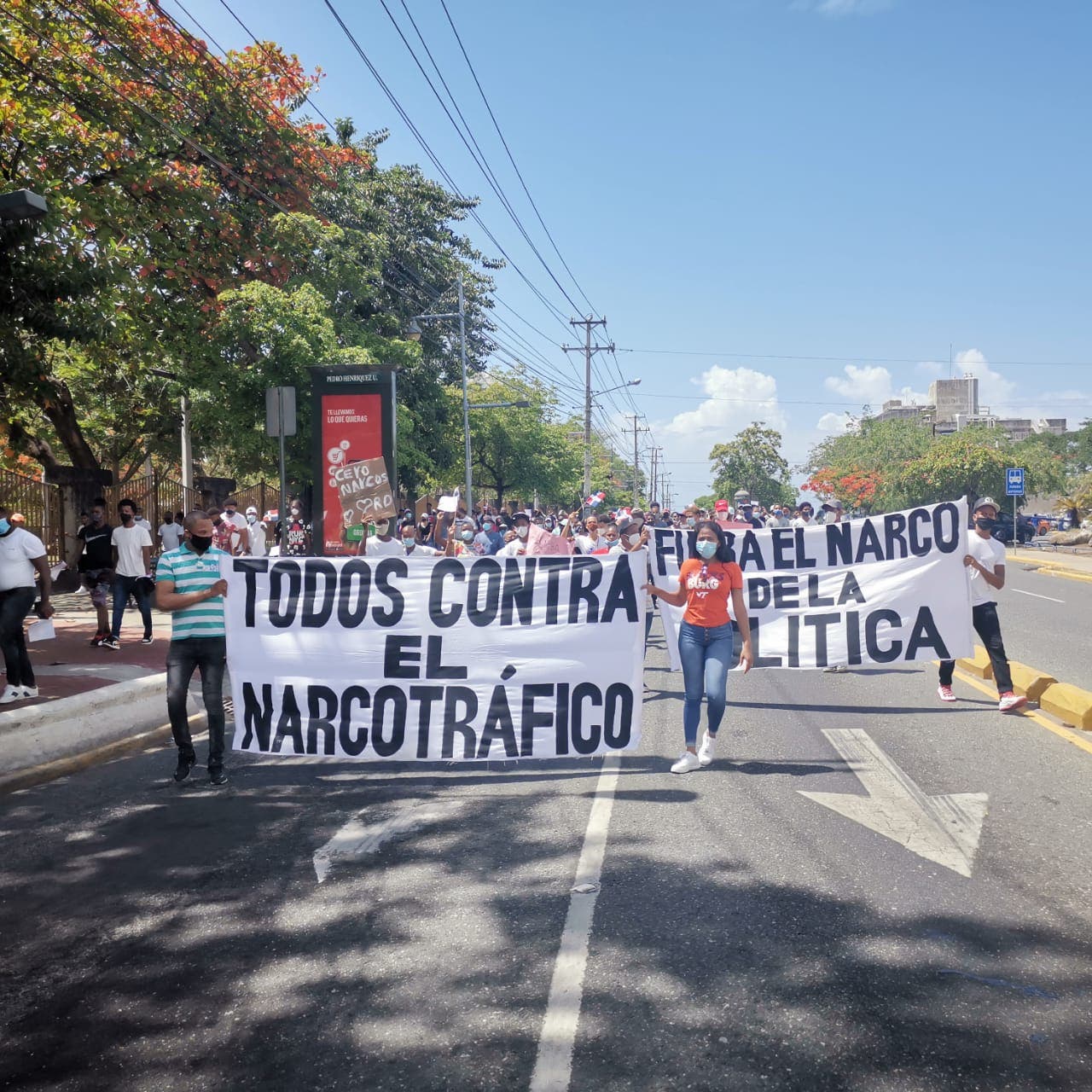 Youth Against Drug Use in the Dominican Republic

A group of young people marched this Wednesday in protest over drug trafficking cases involving candidates from Dominican political parties.

This is the Association of Youth Against the Use of Drugs in the Dominican Republic who pointed out the accusations made against candidates and aspirants of the Modern Revolutionary Party (PRM).

“We do it in a peaceful way and keeping social distance and we arrived here, to demand from this party, an explanation about the links of people with drug trafficking and other illegal activities,” they indicated.

The protesters added: “As young people, we demand a response from you on these and other cases of leaders and candidates linked to drug trafficking and money laundering, we want to know why these people with such dark records are chosen to go on their ballot, when in our country there are so many good people, with integral and admirable behaviors.”

They asked for an explanation about the cases of Yamil Abreu, Rosa  Amalia  Pilarte, among others.

Here are some of their slogans:

We do not want to be like Colombia was in a while.

We do not want to be what Mexico is today.

-We demand an answer, but now.

-No to drug trafficking in politics, no to a narco-state.

-All against drug traffickers.