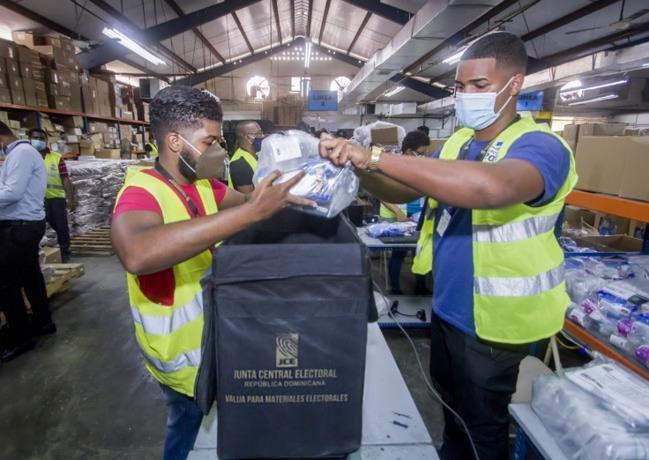 For the presidential level of the extraordinary elections of this Sunday, July 5, the vote of 6 demarcations at the national level will be decisive for the determination of a winner, since 58.25 percent of capable citizens concentrate to exercise their constitutional right to suffrage.

4,039,090 people are registered in the National District and the provinces of Santo Domingo, Santiago, San Cristóbal, La Vega and Puerto Plata.

Voting abroad is also representative, as the foreign registry registers 595,879 voters out of the 7,529,932 who can vote this Sunday.

To win the Presidency of the Republic in the first round, the Dominican Constitution requires candidates to obtain 50 percent plus one vote of the valid votes cast in the contest. Otherwise, it is necessary to carry out a second round of voting, in which the applicants who stayed in the first two places participate, and already in this process, which would be held on July 26, only a simple majority is required.

For the presidency of the Republic, the competition is focused on the candidates of the three main parties, two from the opposition and one from the current government.

They hope to wear the presidential band on August 16 (Luis Abinader, for the PRM), Leonel Fernández, for the People’s Force, and Gonzalo Castillo, for the ruling Dominican Liberation Party (PLD). There are 3 other candidates for so-called minority parties, Guillermo Moreno, from Alianza Pais, Ismael Reyes, from the Institutional Democrat (PDI) and Juan Cohen, from the National Civil Veterans Party (PNVC).

In the other two voting levels, the number of voters per demarcation is not significant, because, in the case of senators, one is chosen per province, regardless of its population size, obtaining the seat that obtains the most valid votes cast. And at the level of the deputation, a proportional system is applied to the 178 legislators per constituency, but the winners in each will be those that get the most votes from those cast.

Decisive demarcations in the presidential election
The province with the most voters is Santo Domingo, with 1,546,349 (22.30 percent). It consists of 504 precincts, where 3, 222 voting tables will operate.

Then the National District follows in the population of voters, where 772,359 may vote in 2,114 polling stations that will operate in 256 precincts.

VULNERABLE
Of those registered in the general register, 1,298,434 are over 60 years old and are in the segment of the population most vulnerable to covid 19.

New voters.
764,687 registered voters are new voters for these elections, corresponding to 11.30 percent.