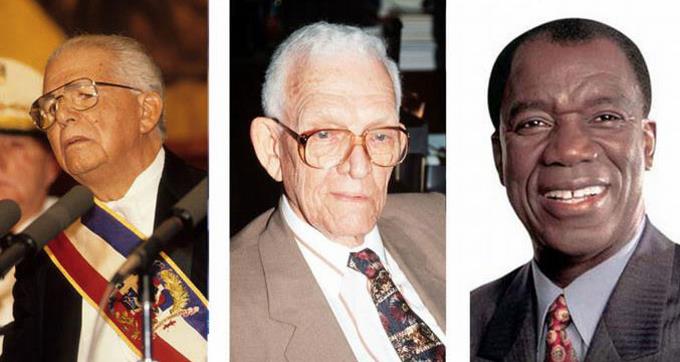 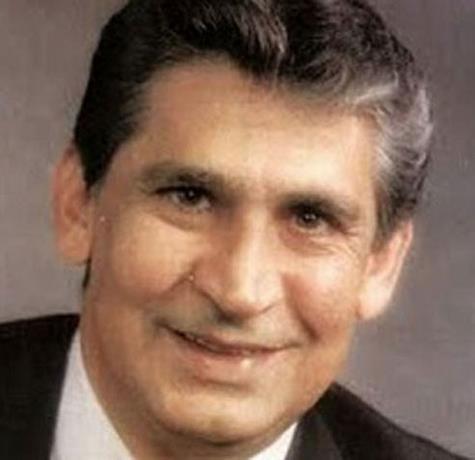 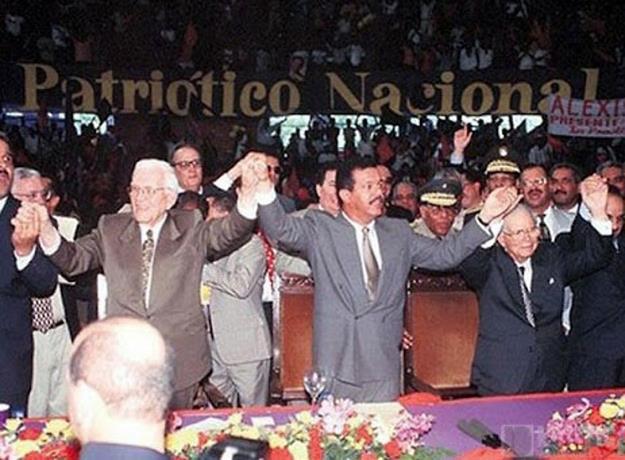 Among the three most tense, controversial, and conflictive elections that have been held in the country since 1962, those today occupy an important place due to the difficulties and setbacks that the 2020 process has suffered.

Scholars of Dominican political processes point to the 1978 and 1994 elections as the most conflictive and dangerous for the democratic process that began in 1962 and had the interruption of the coup in 1963 and the civil revolt of 1965.

In 1978, the military followers of the then President Joaquín Balaguer openly participated in the campaign for reelection, reaching the point of displaying red scarves – symbols of the Reformist Party – on the tips of their bayonets, paralyzing the counting of votes on election day. They refused to hand over the lost power to the polls, and direct intervention by the United States was necessary, and negotiation was necessary that gave the defeated ruler four senators and a deputy who had not won.

The result of the 1994 elections, again with Balaguer in re-election, caused a political-electoral crisis when the opposition Dominican Revolutionary Party, PRD, and its presidential candidate, José Francisco Peña Gómez, declared fraud and threatened to call people to the streets to protest, a situation that ended when Balaguer decided to cut two years the period of government that he was assuming victory and, therefore, call elections again in 1996, reform the Constitution to prohibit reelection and other measures to guarantee the transparency of voting.

The 2020 tensions
This year’s elections, which are registered under the precepts of two new laws, that of Political Parties and Electoral Regime and the serious effects produced by the coronavirus pandemic, have been affected since the very celebration of the primaries, on October 6 of 2019, when former President Leonel Fernández denounced a fraud against him and ended up resigning from the PLD, a party for which he had been President in three periods (1996, 2004 and 2008) and was serving as president of that organization. Prior to the primaries, the country was under the effects of a great fight between Fernández and President Danilo Medina for readiness to reform the Constitution to make way for a new re-nomination of the ruler.

Throughout the 59 years of democracy after the fall of 30 years of the Trujillo dictatorship, Dominicans have gone to the polls 22 times, on 16 occasions to choose President and Vice President, but also senators, deputies, trustees, and councilmen, with general elections. Likewise, six elections have been held solely to elect congressmen and municipal authorities. The Reformist Party, with Balaguer, has won six elections (1966, 1970, 1974, 1986, 1990 and 1994), the PLD has won five, three with Leonel Fernández (1996-2004, 2008) and two with Danilo Medina (2012-2016 ) and the PRD has won four elections: 1962 with Juan Bosch, 1978 with Antonio Guzmán, 1982 with Salvador Jorge Blanco and 2000 with Hipólito Mejía. Today the PRD and PRSC are minority parties.

This July 5, for the 23rd time, the population is called to choose 124 seats, between President and Vice President, 190 deputies, and 32 senators whose sympathies are divided mainly between one of the old parties of the system, the PLD, and two other organizations. new, the PRM, and LFP. If none of the presidential candidates achieved 50 percent plus one vote, they would go to a second round, on July 26 with the participation of only the candidates who came in first and second place. The second round would be won by the candidate who gets one vote more than the other, regardless of the percentage.

From the post-dictatorship to the pandemic
On December 20, 1962, Dominicans inaugurated the post-dictatorship democratic process of choosing their authorities by direct vote. These elections were won by the writer Juan Bosch, one of the main leaders of the anti-Trujillo exile. He was taken over by the PRD, but his government barely lasted seven months when he was removed by the military, with the support of the Church and businessmen, on September 25, 1963, giving way to a series of de facto governments.

All the electoral processes have suffered a heavy load of questioning, in the campaign, before the voting, during the consultation, and about the results.

• In 1966, in the elections supervised by the OAS and with intervention troops after agreeing on a peace agreement for the 1965 civil war, Joaquín Balaguer imposed himself on Juan Bosch – first post-dictatorship constitutional president, overthrown after seven months – who alleged fraud because he was prevented from conducting an open campaign.

• In 1970 Vice President Francisco Augusto Lora broke with Balaguer, by not supporting the reelection project. Lora formed a party, the Movement for Democratic Integration, MIDA, in which he participated as a presidential candidate. Balaguer imposed re-election with the abstention of the Dominican Revolutionary Party, PRD, which was led by Bosch and who alleged lack of guarantees that the elections were clean.

• The following four years were of very hard political confrontations due to Balaguer’s readiness to rename for the third time, for the 1978 consultation.

The PRD returned with Guzmán Fernández as a presidential candidate but armed with strong international support from the SI and the North American administration led by President Jimmy Carter. And he won the votes. But it was not so easy to get the military to give way. Balaguer imposed the handover of power on the condition that four senators and one deputy, who had not won, and who would serve to control the National Congress, will be awarded to him. Marino Vinicio Castillo, president of the Progressive National Force, FNP, and a faithful ally of Balaguer, was the promoter and legal defender of the decision that was baptized as ‘El Gacetazo’.

• In 1982 the PRD held power with the lawyer Salvador Jorge Blanco who easily won Balaguer under the slogan of ‘clean hands,’ after overcoming internal problems in the leadership of his party and took office on August 16 under the crepe that produced in the Palace the suicide of President Guzmán Fernández, 42 days earlier, in an episode that Balaguer would say years later in his book ‘Memories of a Courtier of the Trujillo Era,’ who took his own life due to threats that his relatives and collaborators would be accused of corruption by the Jorge Blanco government. The lawyer from Santiago assembled one of the worst governments that the post-dictatorship country has suffered. He was responsible for a town of more than 125 dead in three days of street violence halfway through his administration, in 1984, when the Central Bank, then-directed by the economist and historian Bernardo Vega, imposed a very hard agreement with the International Monetary Fund, IMF. Jorge Blanco was prosecuted for corruption after leaving power in 1986 and was sentenced, along with four other officials and advisers, to 20 years in prison.

• In 1986, the economist Jacobo Majluta, PRD presidential candidate, lost the Balaguer elections by just over 42 thousand votes. Balaguer, in the opposition, strengthened himself politically to return to power after the political merger that on July 21, 1984, unified his party, the Reformist, with the Christian Social Revolutionary, renamed the Christian Social Reformist Party, PRSC, hugging and receiving the international support of the Christian Democracy. Balaguer returned to power. Majluta claimed that some 80,000 votes cast in his favor through the La División party, led by Andrés Vandehorts, were not applied, and he blamed Jorge Blanco – his internal political enemy in the PRD – for causing his defeat. There was a version that Majluta could retaliate against Jorge Blanco due to Guzmán’s suicide.

• In 1990, amid a sharp division of the PRD -Peña Gómez on the one hand, who formed the Institutional Bloc, BIS, and on the other Majluta, who organized the Independent Revolutionary Party, PRI-, the PLD with Bosch as a candidate polarized the voting with Balaguer, who was returning for reelection after having overcome an acute economic crisis a year before the elections, 1989-1990. Balaguer was re-elected in questioned voting and counting. Bosch claimed fraud, but his lawsuit did not prosper.

• The 1994 elections were perhaps one of the toughest elections in the country after Peña Gómez, as a PRD candidate, declared a great fraud against him by Balaguer, who insisted on not leaving power. The great political crisis that occurred threatened, as never before, governability, so Balaguer proposed to Peña Gómez to divide the four-year period, two years each. Peña Gómez, after having accepted, in principle – historians say – did not accept the proposal because some of his acolytes in the PRD would have warned him that it was a Balaguer trap. To settle the political crisis, Balaguer yielded to shortening the four-year term, ruling only for two years and calling for presidential elections in 1996 after a constitutional reform that, mainly, prohibited presidential reelection and established victory for whoever obtained 50 percent plus one of the votes or was going to a second round.

• As Balaguer could not be re-elected, in the 1996 elections, the candidate of the Reformist Party was businessman Jacinto Peynado, who ranked third in the vote, below Peña Gómez and the young lawyer Leonel Fernández, for the PLD, who had been a vice-presidential candidate with Bosch, in 1994. No one obtained 50 percent plus one of the votes and went to a second round for which an unforeseen agreement was formed between Bosch and Balaguer, in what was called the Patriotic Front, which led Fernández to the Presidency beginning the era of PLD governments.

• In 2000, the PRD returned to power leading Hipólito Mejía, who won with 49.87 percent of the vote, while Danilo Medina, who was trying to continue the PLD era, obtained 24.94 percent and Balaguer, who wanted to return to power, totaled 24.60 percent. Although Mejía failed to overcome the 50 percent barrier plus one vote, Medina and Balaguer decided not to go to the second round of voting, 45 days later and gave the victory to the PRD candidate. Mejía led another disastrous government, which led the country to one of the worst crises in the economy, which was blamed for a series of irregularities in three commercial banks.

• In 2004 the PLD, with Leonel Fernández, again returned to power by easily defeating Mejía -57.11 percent against 33.65 percent- who was trying to re-elect himself for the PRD.

• In 2008, after an internal struggle that opened the doors to malevolence between Leonel and Danilo Medina, who was aspiring for the presidential candidacy, Fernández prevailed in the primaries and was easily re-elected. The PLD repeated a victory against the PRD candidate, Miguel Vargas Maldonado, with a vote of 53.83 percent compared to 40.48 percent.

• In 2012, despite Leonel’s efforts to rename himself, Danilo won the candidacy when Fernández had to withdraw. The wounds between the two, and to heads of antagonistic intestine groups in the PLD, deepened. Danilo beat Hipólito Mejía, who was trying to return to power by the PRD, with a 51.21 percent vote compared to 46.95 percent.

• In 2016, in a tough internal fight for the candidacy, Danilo managed to reform the Constitution to rename himself despite the pressure of Leonel, and won the elections to the young economist Luis Abinader, candidate of the newly formed PRM, who was only a detachment of the PRD. Abinader, who had been a vice-presidential candidate with Mejía in the 20012 elections, overwhelmingly lost Medina’s 61.79 percent to 34.96 percent.