Election day in Dominican Republic: Luis Abinader and president of the PRM report they were hacked 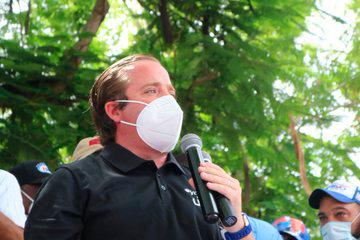 According to Luis Abinader, the hack was carried out in the early hours of today, July 5, and the victims were José Ignacio Paliza and his main collaborators.

The cyberattack removed WhatsApp and Signal messaging and communication accounts from their cell phones. (two)

“We denounce to public opinion that in the early hours of today, July 5, our presidential candidate Luis Abinader, and many close collaborators, we have been victims of a cyberattack that intervened in our cell phone messaging accounts,” wrote Paliza.

Receive daily updates about Coronavirus in your email. Paliza said: “This attack not only threatens privacy and freedom but also puts at risk the transparency that the democratic process that we are holding in the country must endure.”