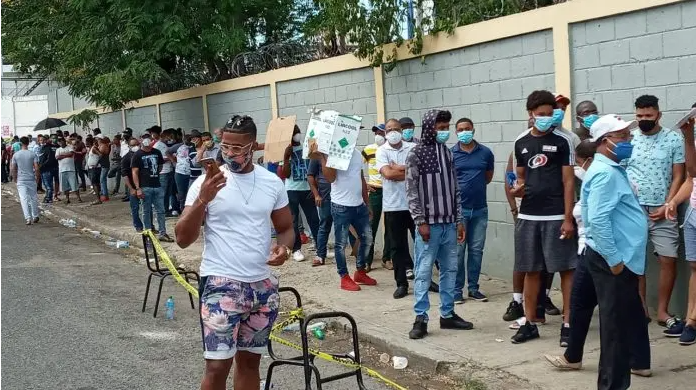 Santo Domingo.- Thousands of people gather in the surroundings of the electoral precincts in the northern part of the capital, which since early have been receiving high voter turnout.

The divided lines, men and women, are getting longer, and under the hot sun, as hundreds of people stand apart from the lines in front of the voting centers.

Schools such as Mauricio Báez, in Villa Juana, Palacio Escolar España, in Villa Agrícolas, the Dominican Republic, in Villa Juana, among others, concentrate hundreds of people who do not keep their distance as a measure to prevent the spread of Covid-19.

Some people distribute face masks to voters, but no one refers to keeping the distance between the population.

The Electoral Police monitor the environment of the voting centers, while traffic becomes more chaotic than usual due to the number of people on the streets.