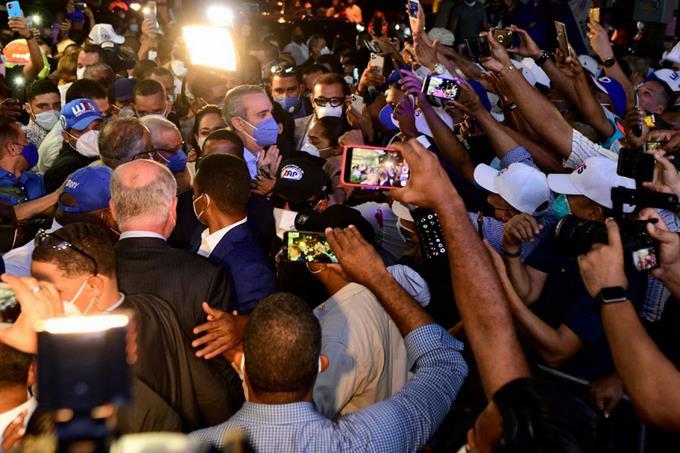 Santo Domingo.- “We want them jailed, we want them jailed,” chanted the supporters of president-elect, Luis Abinader, at the top of his lungs, while he delivered his victory speech in the party’s campaign headquarters in celebration of his virtual win.

Despite the fact that the Central Electoral Board (JCE) has not declared Abinader as the new President, he claimed last night to have won the first round victory. In the end, all his opponents recognized him as such.

“We received the result of a huge collective effort and I want to clarify that although the Central Electoral Board (JCE) has not declared the winner, the projections suggest that our victory is irreversible,” he said.

Abinader was interrupted on several occasions by those present with the chant. It is important to remember that one of Abinader’s main proposals was the appointment of an attorney general independent of political powers.