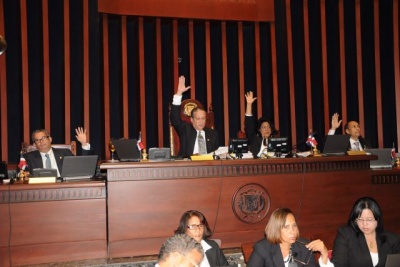 Santo Domingo.- The Senate on Sun. approved the 45-day state of national emergency requested by President Danilo Medina. Now expectations of the population reign over what measures will be taken in this seventh exception.

The measure had the approval of President-elect Luis Abinader and his transition team, so it was unanimously approved by the 21 senators present in the Chamber.it had already been approved in the Chamber of Deputies.

Now only the executive order will be needed to take effect.

The state of emergency grants special and temporary powers to Medina, to handle a threat, which requires an immediate response, so that the Executive Power may impose restrictions, for as long as necessary, on freedom of transit, association and gathering of people.

Due to the increase in the number of infections, which according to the latest report of the Ministry of Public Health, is 52,855 with 981 deaths, expectations revolve around much more drastic measures by the authorities.