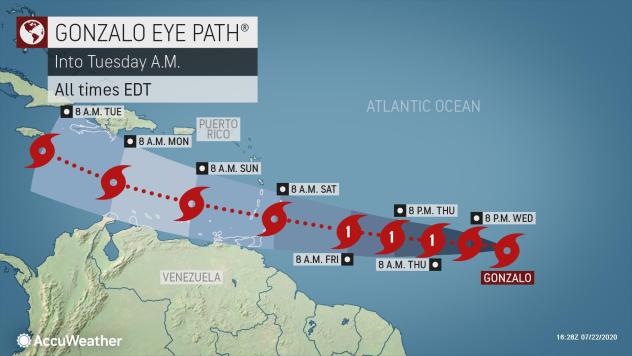 Santo Domingo.- The National Meteorological Office (ONAMET) predicted that today there will be cloudy morning hours with moderate to strong showers, electrical storms, and gusts of wind, due to the increase in the moisture content in our territory due to the incidence of a tropical wave located in the eastern portion of our country.

The downpours will affect the provinces of the regions; Northeast, Southeast, Southwest, including Greater Santo Domingo, the Cordillera Central, and the border area, they will be of greater intensity and frequency in the afternoon and until the early hours of the night, and then gradually decrease.

While, Onamet indicated that for tomorrow, Thursday, very favorable meteorological conditions will continue so that again there will continue to be cloudiness with downpours, being moderate at times, electrical storms and gusts of wind towards the northeast, southeast, including Greater Santo Domingo, Cordillera Central, and the border area, from the morning hours as a result of the instability created by the high-rise trough located over Haiti, in addition to the local effects, another tropical wave will influence, expecting its highest incidence in the afternoon and evening.

The National Meteorological Office reported that it monitors the evolution and development of Tropical Depression No.7, located about 2065 km east of the Lesser Antilles with maximum sustained winds of 55 kilometers per hour, moving west/northwest at about 19 kilometers per hour. According to the forecast trajectory, it has intensified to Tropical Storm Gonzalo as of 9 am this morning. 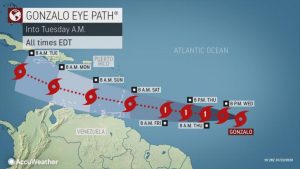 It also reported a tropical wave that produces a large disorganized area of ​​downpours and thunderstorms east of the Gulf of Mexico and west of Cuba with a probability (30%) of becoming a tropical cyclone.