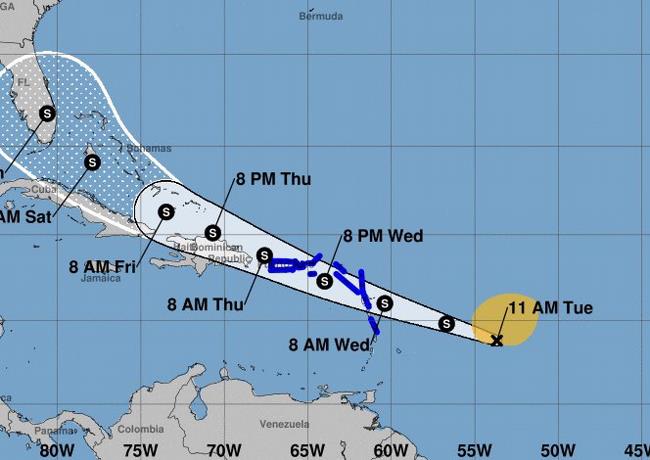 ONAMET tracks the phenomenon that could become a tropical storm

Tropical depression # 9 of the current cyclonic season that threatens to become storm Isaías, could cause general downpours in the Dominican Republic on Thursday, according to the director of the National Office of Meteorology (ONAMET), Gloria Ceballos.

Ceballos says that the “potential Tropical Cyclone # 9 moving west at about 17 kph, it is expected that before reaching the Lesser Antilles it will be TT Isaías,” wrote engineer Ceballos on Twitter.

She added that they are giving strict follow-up to this phenomenon that formed in the Atlantic. “Predicted trajectory of DT # 9, in @ONAMETRD we strictly monitor the evolution of this system, since it could generate accumulated significant rainfall over much of the national territory on Thursday.”