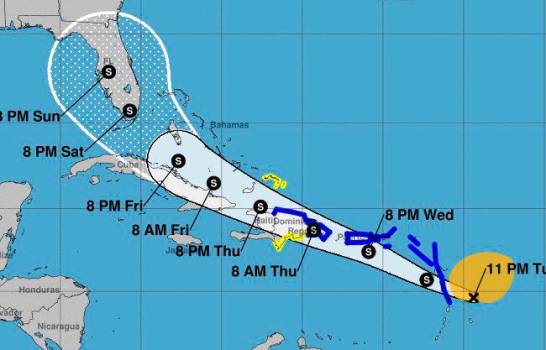 Santo Domingo.- The Government on Tue. said the country is on alert for the possible passage through the country of storm number 9, whose name will be Isaías, which is expected to strengthen in the next 48 hours.

Administrative Minister of the Presidency, José Ramón Peralta, announced that the necessary measures are being taken to face any eventuality of the natural phenomenon.

In a statement, Peralta said during a meeting held at the National Palace, the actions that the authorities would undertake to mitigate the effects that Isaías may cause were coordinated.