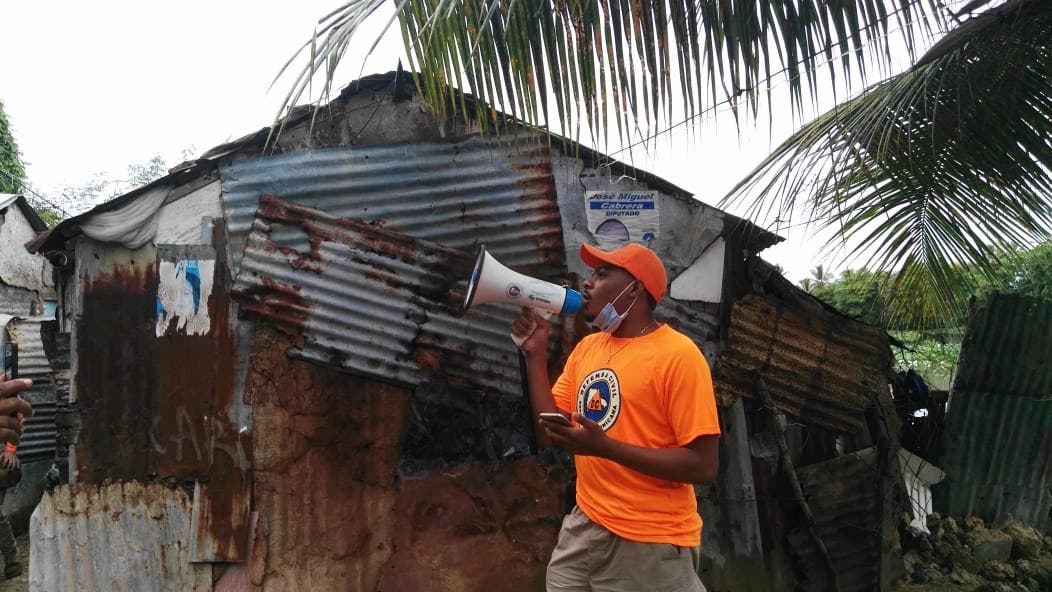 After 12 noon, the Civil Defense continued with the evacuation work in the different most vulnerable areas of Greater Santo Domingo and other parts of the country.

In the basin of the Ozama and Isabela, La Zurza, Ciénega, and Los Guandules rivers, the Civil Defense was warning people to leave their homes and going to the shelters indicated by the authorities.

During the tour in the La Ciénaga sector, Civil Defense personnel held a meeting with the mayor of the National District, Carolina Mejía, to coordinate joint work in the face of tropical storm Isaías.

The mayor took the opportunity to ask the population not to take the garbage out onto the streets, specifically today to prevent the sewers or hole through which the water is drained from being covered by the rains to prevent flooding.

The deputy director of Civil Defense, Delfín Rodríguez, explained that 2,396 shelters are available throughout the national territory, but that only 30% of their capacity will be used, due to the distancing measures that must be in place due to the coronavirus.