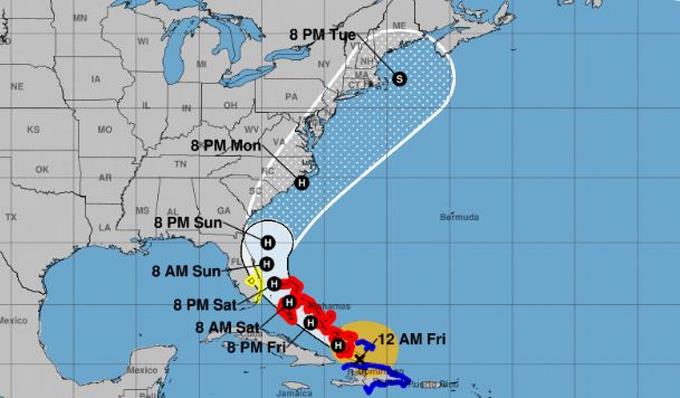 Tropical storm Isaías became a category 1 hurricane in the southern Bahamas this Friday morning with maximum sustained winds of up to 130 kilometers per hour (81 mph), according to the National Hurricane Center (NHC).

According to the latest NHC bulletin, at 0400 GMT, the eye of Isaías is located 130 kilometers southeast of Grand Inagua Island, south of the Bahamas, and is moving in a northwest direction at about 30 kilometers per hour.

NHC meteorologists expect Isaiah to maintain his direction and be able to make landfall on the southern islands of the Bahamas in the next few hours, to pass near the central Bahamas the next night and on Saturday to make landfall in the northern archipelago and southern from Florida (USA).

The NHC does not expect Isaías to continue to strengthen at least in the next 48 hours.

Isaías thus became the second hurricane of the season in the Atlantic after Hanna, with maximum winds of up to 150 kilometers per hour (category 1) affected southern Texas and northeast Mexico.

Isaías caused heavy rains and gusts of wind in its wake this Thursday as a tropical storm in the Dominican Republic, where it caused one death when a high-voltage cable fell and minor damage.

The hurricane is now approaching the Bahamas. Less than a year has passed since the country was devastated by Dorian, which with its strong winds left at least 70 dead and 300 missing, according to official figures.