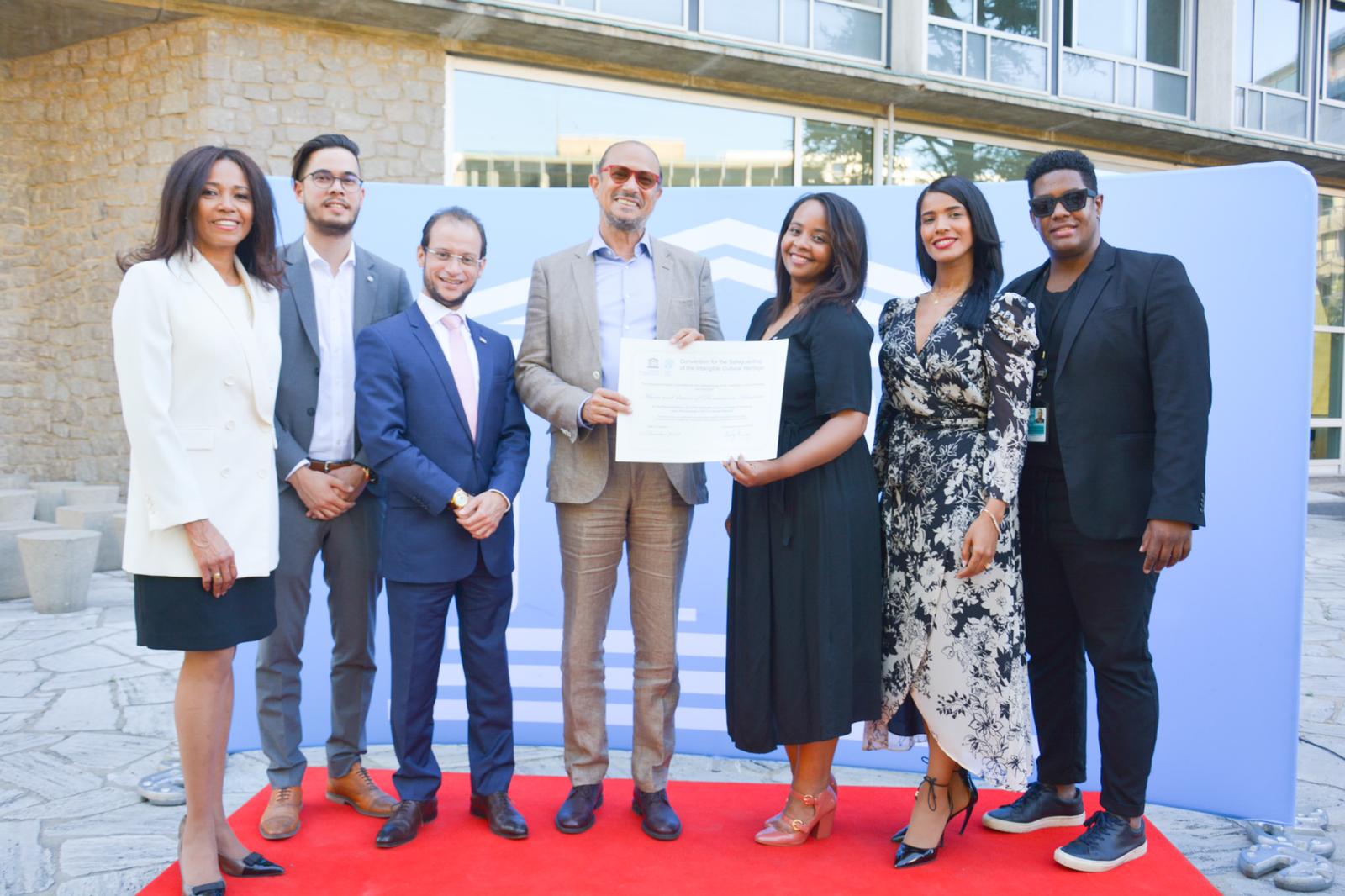 The ceremony began at 11:00 in the morning, through the Zoom platform and was attended by the Minister of Foreign Affairs, Miguel Vargas Maldonado, genre interpreters, Unesco officials, as well as family and friends of Víctor Víctor.

In this sense, Ernesto Ottone, deputy director-general of Unesco for the Culture Sector, after giving his speech, stressed that “this has been a very special occasion, for us it was very significant to integrate bachata in the representative list of Cultural Heritage Immaterial of Humanity.”

He added that “your choice has to do with the values ​​that this Organization represents, therefore it is an honor for us to issue this certification today.”

He also appreciated that “we are very honored that with this act we are recognizing one of the great exponents of Bachata, such as Víctor Víctor, a victim of this pandemic from which we hope to get past very soon.”

“Congratulations to Dominicans and Dominicans and we hope there are more elements of the Dominican people that can be recognized, thank you very much,” he concluded.

The secretary of the Unesco 2003 convention for the safeguarding of the Cultural and Intangible Heritage, Tim Curtis, spoke next, who, together with Ottone, officially delivered the certification to Ambassador José Antonio Rodríguez and the officials who accompanied him on that diplomatic mission.

“Congratulations to the Dominican Republic, the inscription of Bachata on this list is a recognition of the importance of this expression, which is both traditional and contemporary, for the various cultural groups and communities that practice it,” Curtis said during his words spoken in English.

Meanwhile,  Zobeyda Ferrera, widow of Víctor Víctor,  expressed her gratitude to that Organization and to the Permanent Delegation of the Dominican Republic.

“Thank you for a great tribute to the memory of my husband Víctor Víctor. I do not want my words today to be sad, but I want to express our happiness and gratitude for so many moments that we lived with him.”

“We want these words to only show gratitude in my heart and in the hearts of our families, our friends, and all of you who have felt the pain as yours. Actions like these, carried out by an institution of such prestige and magnitude as Unesco, where culture manifests itself in its maximum expression and where today Victor is present, confirms to us that whoever leaves memories and fought for Dominican culture will never die. And as he himself would say, ‘Bachata heals,’ thank you very much,” said Zobeyda Ferreras through the aforementioned virtual platform.

To end the remote meeting, Ambassador José Antonio Rodríguez interpreted the song “Pescador y Sirena,” one of the most emblematic of Víctor Víctor’s authorship.