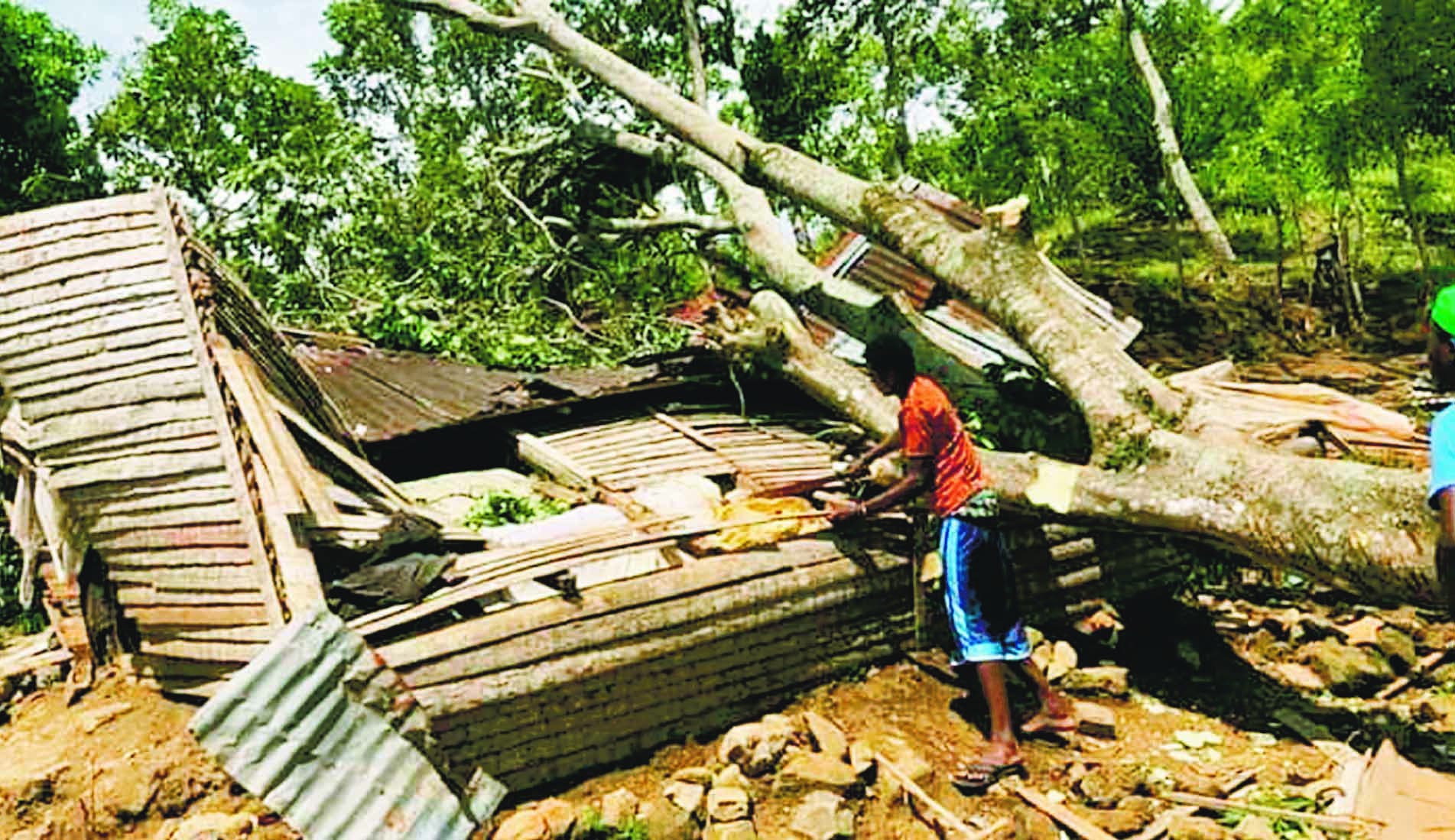 ALTAMIRA, Puerto Plata.- A 5-year-old boy was the fatal victim left by tropical storm Isaías as it passed through the northwest corner of this Atlantic province. The deceased minor was identified as Gefrant Golfiz, a Haitian nationality, who was cranial crushed when a large tree destroyed the home where he lived with his parents. Today / External Source 07/31/20

Tropical cyclone Isaías crossed the Dominican territory leaving two dead in its path, among them a five-year-old boy crushed by a wall; 24 provinces on alert; 5,595 people evacuated; 1,119 houses affected, 165 partially damaged and two destroyed; also 49 isolated communities and 77 aqueducts affected by the rains, strong gusts of wind and waves.

Meanwhile, the National Meteorological Office (Onamet) reported that Hurricane Isaías was distanced from the national territory and last night it was southeast of Florida.

Today in the national territory scattered downpours, thunderstorms and gusts of wind will occur in demarcations of the Northeast, Southeast, border zone and the Central Cordillera as a result from residual moisture, according to forecasts by the National Meteorological Office (Onamet).

Last night at a virtual press conference the director of the COE, General Juan Manuel Méndez, called on the population to refrain from crossing rivers, streams and ravines that present high volumes of water.
It also called on light boat operators to remain in port.

The use of beaches and water sports is prohibited on all the coasts of the Dominican Republic; also recreational activities in the mountains and the use of spas in rivers, pools, channels and streams.

Damage. The National Institute of Drinking Waters and Sewers reported yesterday that 77 aqueducts were affected by heavy rains, of which 73 were out of service yesterday and four partially operated, affecting 1, 434,459 users in the country.
Yesterday, the Civil Defense reported 60 houses flooded in the Monseñor Nouel province due to the rise of the Leonora and Maimón rivers, which also left the communities of Buenos Aires and Puerto Rico incommunicado.

In Villa Central, Barahona province, a house was totally destroyed by the fall of a tree. In San Pedro de Macorís the overflow of the Vallejuelo river left the communities of La Vereda and El Cercado Abajo incommunicado.

In Hato Mayor, the death of a 53-year-old farmer was reported, who was electrocuted with his horse, after a tree knocked down the power lines last Thursday, when floods that even covered the roofs of dozens were also reported. household.

In the Duarte province, the overflow of the Pimentel irrigation canal left the San Felipe and Casa Alta communities incommunicado; in Villa Rivas the collapse of a tree partially destroyed a house in the Los Chiripos sector, 112 houses were flooded in the Blue Neighborhood

In Guananico, Villa Altagracia, from San Cristóbal, the Air Force and the Civil Defense rescued an 18-year-old woman, in labor for more than 12 hours, who was trapped by the flood of the Haina River. While a house was destroyed by the saturation of the soils in the La Friusa sector.

The COE Health Board reported that in Guayabal the Air Force rescued a woman in complex labor who was trapped by the flood of Arroyo La Cuaba.

In Altamira, Puerto Plata, a 5-year-old boy died crushed by the rubble of his house, knocked down by a tree that was knocked down by the wind.
While in San Felipe several trees destroyed three houses; a telecommunications tower also collapsed.

In the province of Peravia, the rise of the Baní river left the communities of Recodo, La Yayita and La Gina incommunicado.

In the province of Baoruco, the flood of the Panzón river keeps the Guama and Galván communities incommunicado. In María Trinidad Sánchez, strong winds knocked down a tree that fell on a house that was partially destroyed and the house lost its roof.

In Samaná, the overflow of the San Juan and Pueblo Viejo rivers left the Valle area, Las Lagunas and Arroyo Seco incommunicado and a house was partially destroyed by the landslide.

Number 10 was formed. Onamet reported that it observes the evolution of tropical depression number 10, which last night was 430 km east of the Cape Verde Islands, with maximum sustained winds at 55 kph, moving north at 15 kph.

It’s also monitoring a thunderstorm and downpour area located 1,600 kilometers from the Lesser Antilles arc with little chance of becoming a cyclone.

Child dies
Gefrant Golfiz, 5 years old, a Haitian national, was crushed to death by the rubble of the house where he lived with his parents, which was destroyed by a huge tree knocked down by the winds of Cyclone Isaías, reported the correspondent of this newspaper Aridio Perdomo. The event occurred on Thursday night.