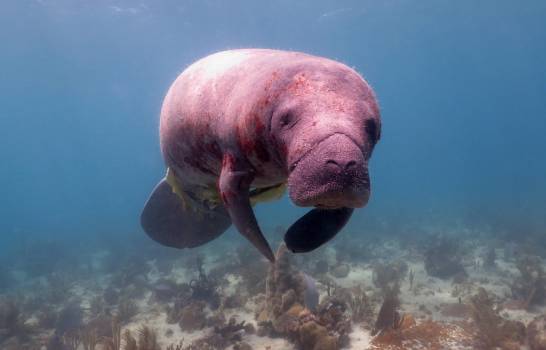 The Dominican Foundation for Marine Studies, Fundemar, have registered an increase in the frequency of the presence of West Indian manatees on the coasts of La Romana, a critically endangered species in the Dominican Republic, with evidence of the appearance in the Bayahibe area of ​​the manatee Remi, whose story went viral on social media.

For this reason, the Dominican Navy, the Ministry of the Environment, CESTUR, the City of Bayahibe, FUNDEMAR, the Hotel Association, and the Romana Bayahibe Tourism Cluster have joined forces to define a series of measures that ensure conservation in the area of ​​the manatees.

At the meeting, it was highlighted that the main activities to regulate for the protection of the species in the area are the transit of boats at reduced speed, and the awareness of the population to avoid inappropriate behavior in the event of an encounter with a manatee, such as a recent one which is under investigation by the Animal Protection Unit of the National Police.

The agreed measures were to ensure that boats navigate with caution along the coasts and in the bays, especially where manatees have been seen, to frequently monitor public beaches and in front of the Dominicus Bayahibe hotel zone and the coasts of Cotubanamá National Park, continue to collect Sighting data to monitor the species and create a broad awareness campaign in the local and national community.

Rita Sellares, Executive Director of FUNDEMAR, indicated that awareness must be raised among the population for the protection and conservation of Remi and all the manatees in the country. “If you find it, respect the minimum distance of 2 meters, do not touch it, just enjoy its presence without invading the animal’s space. It is everyone’s responsibility to recover this species in Dominican waters, let’s take care of manatees and their habitat,” Sellares explained.

The tourist destination of La Romana has a great wealth of marine resources and a history of preserving them through alliances between the public and private sectors.