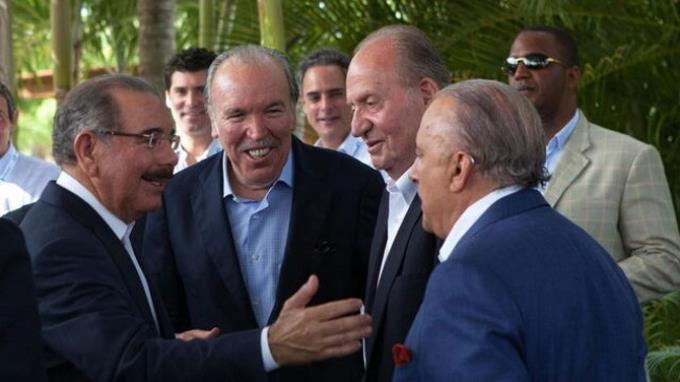 After the initial reports that the King Emeritus of Spain Juan Carlos I left his country to temporarily stay in Dominican lands after the investigations carried out against him.

The former monarch was rumored to be staying at the Casa de Campo hotel complex, according to the Spanish newspaper “La Vanguardia,” in one of the properties of his friend from several years ago, Pepe Fanjul. This turned out to be disputed.

In addition to the friendship they share, they are also linked by a quasi-family bond, since Fanjul’s grandmother’s sister was the wife of Prince Alfonso, who was the eldest son of Alfonso XIII, the grandfather of Juan Carlos.

The Fanjuls are a Cuban family of Spanish descent, who moved to the Caribbean island to establish a multimillion-dollar cane sugar company, until 1959 and the Castro revolution in Cuba.

With Castro in power, the Fanjul industry assets were expropriated by the state and the family fled to the United States, in order to rebuild their empire.

And so they did with Pepe, together with his three brothers at the helm, buying plantations in the state of Florida, and in the Dominican Republic, later expanding the investment folder of the now called Fanjul Corp to the tourism and real estate field, according to the ABC newspaper.