Warning: airport project will be audited 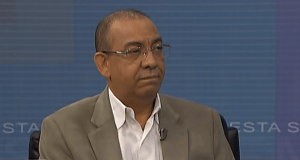 Santo Domingo.- Public Works Minister-designee, Deligne Ascención, on Tuesday warned that he will order an audit, which would include the Bávaro airport project (east).

“It is normal and a priority in management that you have to review everything you are going to receive to see the status and condition in which you are receiving it … we are even going to undertake a comprehensive audit of works and decisions, not with one work, but with all of them,” the future official said

The controversial airport project gives the developers tax breaks during its first 15 years, through the Tourism Development Council (Confotur).

The Dominican Civil Aviation Institute (IDAC) has signed off on the project of the Abrisa group, labeling it as “technically feasible.”

“At the level where the Bávaro International Airport project is located, it has the necessary technical and operational feasibility,” read part of the report from IDAC’s Air Navigation Directorate (DINA).