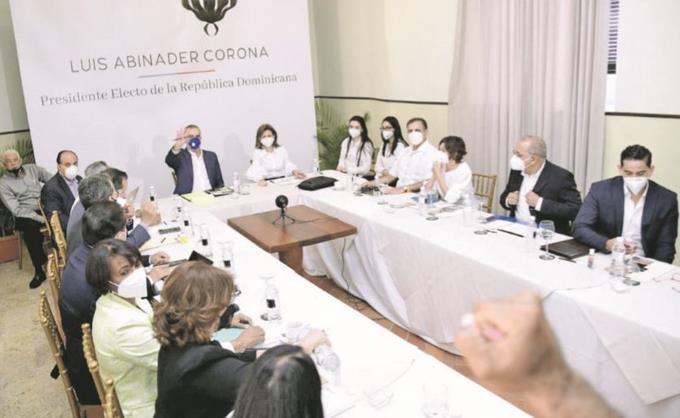 President-elect Luis Abinader assured yesterday that as of his installation next Sunday, he will start a process to include 100 percent of Dominicans in access to Family Health Insurance services, the coverage that he hopes to complete by next December.

Abinader said that his Government will include 2 million Dominicans in the Family Health Insurance and that this would occur with the savings that his administration will bring about with the merger and elimination of unnecessary institutions.

“With the savings that the State will obtain from the merger and elimination of unnecessary institutions, as of August 16, we will save the necessary resources to include the two million Dominicans who are not in Family Health Insurance. By December of this year, 100% of Dominicans will have access to health services, “wrote President Abinader in his account on the social network Twitter.

According to the statement issued, the decision of the president-elect arrives in the face of the increase in health expenses due to the impact of the coronavirus (Covid-19) in the country.

A note from his press office expresses that the decision honors the commitment made by Abinader in his proposals for change to invest where it is needed and eliminate unnecessary expenses.

“The expansion of health insurance coverage is encouraging news for many families who do not have insurance to cope with the increase in health expenses, due to the impact of the Covid-19 epidemic.”

The president-elect has announced a series of government measures to be initiated from the 16th of this month.

As of that date, the Office of State Works Supervising Engineers (Oisoe) will be eliminated, after a series of corruption scandals that involved the institution since its creation.

Abinader also announced the merger of the State Sugar Council (CEA) with the General Directorate of National Assets. The elected president assured that the available portions of land “will be used in social projects, production and economic development.”

It will also order the elimination of the Patrimonial Fund of Reformed Companies (FONPER) and assure it would pass the resources that this entity receives to the health sector due to the innumerable corruption cases that have plagued that institution.

Likewise, it was determined that the Ministry of Energy and Mines would become the regulatory entity of the Dominican Republic’s electricity sector and that the Dominican Corporation of State Electric Companies (CDEEE) would be eliminated within the first six months of the government of President Abinader.

The president-elect will assume power next Sunday, after triumphing in the first round of the presidential and legislative elections on July 5, after defeating Gonzalo Castillo, candidate of the ruling Dominican Liberation Party (PLD).

The president-elect has used his account on the social network Twitter to announce essential measures that he will adopt starting next Sunday and the appointment of leading officials of his government.

Abinader obtained 52.52% of the votes in the last elections, as a candidate of the opposition Modern Revolutionary Party (PRM) and allies. The organization also achieved a majority in the Senate and the Chamber of Deputies.