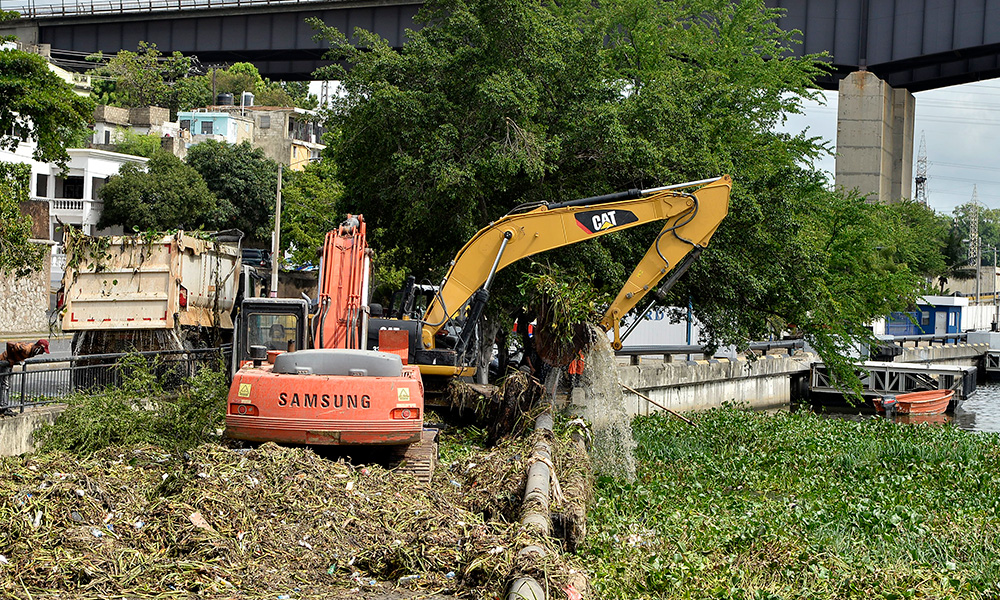 Santo Domingo.- Due to the large amount of lilacs found in the Ozama River, the Mayor’s Office of the National District carried out a cleanup of the water way on Sunday.

A crew from the mayor’s office worked next to the floating bridge, removing with a backhoe the lilacs and garbage, mostly plastic, that were on the river banks.

This problem is not new, but recent rains contribute to the presence of lilacs, which, according to experts, represents a high degree of pollution.

For some time now, the council has been carrying out a cleaning operation in the river, and in neighborhoods near it, as a rescue plan and a reduce environment pollution.

The cleaning and sanitation of the Ozama River banks has also been done by the Mayor’s Office of Santo Domingo Este.