COVID-19: Eight new trucks are put into operation to use for disinfection in DR 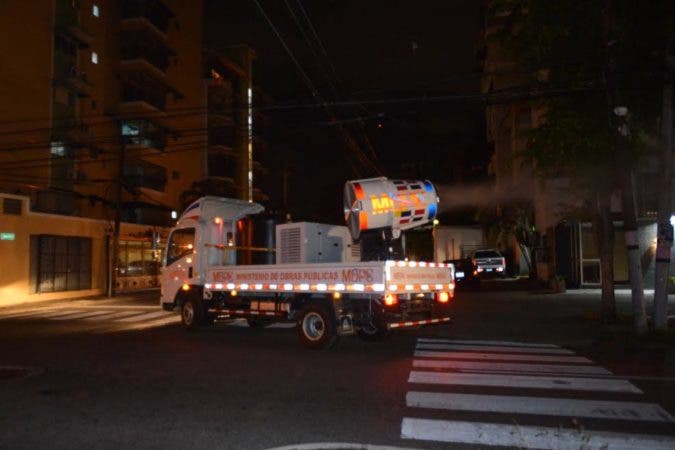 The Ministry of Public Works and Communications (MOPC), as part of the actions carried out since the state of emergency that the country is experiencing due to the coronavirus began, included eight new high-tech trucks since last weekend to carry out disinfection work in Greater Santo Domingo and in the different provinces.

Captain Luis Manuel Féliz José, in charge of the institution’s Social Program, explained that these actions will cover the Santo Domingo Este municipality, as a reinforcement of the daily operations that have been carried out since last March 19.

The military official said that on instructions from the Minister of Public Works, Ramón Pepín, “this Tuesday eight new sprinkler units are joining the operations.”

He assured that these operations will continue to be carried out throughout the country and giving support to the ministries of Public Health, Defense through the C5I, and the Emergency Operations Center.

“These operations will be intensifying day after day for an indefinite time; They are held at 5:00 in the afternoon because it is the time recommended by the Pan American Health Organization,” he explained.

In the operation on Sunday they were focused on the Santo Domingo Este municipality and covered the sectors of Los Mina, Alma Rosa I, Alma Rosa II, Ensanche Ozama. Also, this Tuesday the operation was carried out in the following neighborhoods; Renacimiento, Urbanización Real, Mirador Norte, Mirador Sur, and Helios del Oeste, among others.

A note from MOPC’s Press and Communications Directorate highlights that this type of technology is the same as that used by the government of the People’s Republic of China, in the city of Wuhan, to combat the pandemic. Wuhan is the city where the first cases of coronavirus carriers were detected.