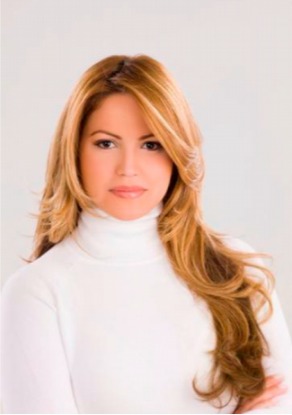 Rosario crashed the motorcycle she was driving

Communicator Tatiana Rosario underwent surgery on one of her hands for fractures in two fingers and her wrist, after suffering a traffic accident on Wednesday while driving a motorcycle.

Her brother, Abel Rosario, offered the information via his social networks: “Thank God my sister is fine, she underwent surgery on her hand tonight for a fracture of two fingers and a part of the wrist. Everything is going very well with her. There are also bumps and bruises that will heal with time, painkillers, and recovery.”

Abel Rosario defended his sister from those who criticize her for driving a motorcycle, which they both like.

“I have read comments from people criticizing the fact of her riding a motorbike. I can not explain to someone who does not dare to do it, what it feels like when you ride a motorcycle, the feeling it provides, and how much more you’re able to enjoy the landscape while you ride,” he defended. And he added that the communicator and TV presenter is out of danger, and “we will be out of action for a while.”

Rosario, 36, crashed the high-capacity Ninja-type motorcycle she was driving into a vehicle driven by farmer Jaime Francisco Tejeda (alías Laquito), 58, who was also injured.

The accident occurred on Wednesday afternoon in the “Baitoal” community, at kilometer 13 of the Duarte highway, Montecristi Villa Vásquez section.

After being treated at a health center in that province, she was transferred by helicopter to a Santo Domingo clinic.