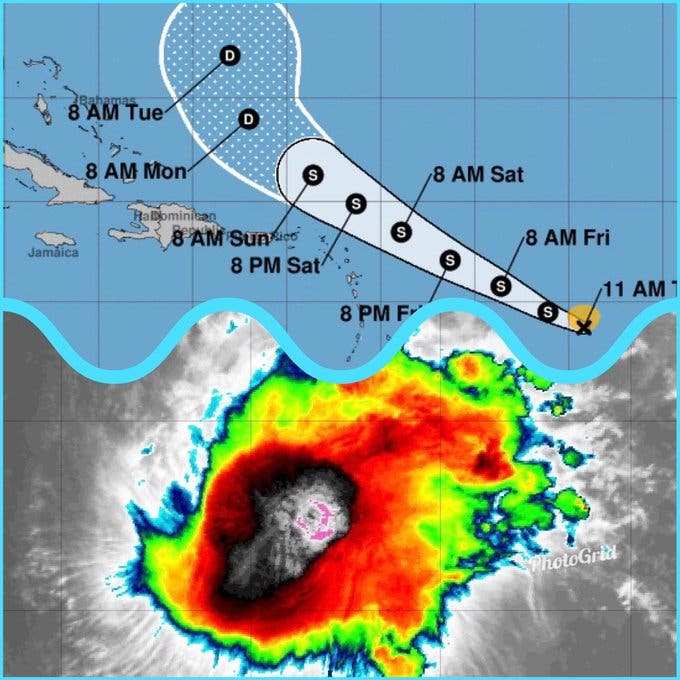 The storm located 1565 Kms east/southeast of the Lesser Antilles, with maximum sustained winds of 75kph, moves west/northwest at 24kph.

ONAMET pointed out that it does not currently pose a danger to the Dominican Republic due to its position, distance, and displacement. However, it recommended that it continue to be attentive to any possible variation in its cyclogenesis.

He also indicated that for today the sky would be partly cloudy. On occasions, there will be moderate downpours locally, thunderstorms, and occasional gusts of wind towards several provinces of the regions: northwest, north, northeast, southeast, Central Mountain Range, and the border area.