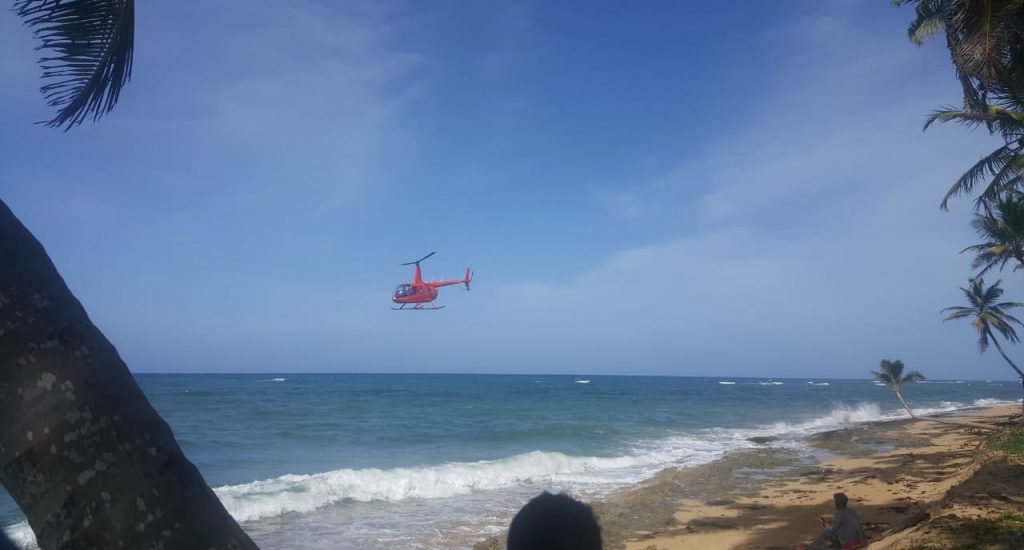 Higuey, Dominican Republic.- An Air Force helicopter on Friday joined the search for the boatpeople that vanished after a boat capsized in Nisibón, La Altagracia province (east), where it was preparing to travel to Puerto Rico.

Yesterday the Civil Defense indicated that it was continuing to search the coast and mangroves in search of the group.

It said the strong waves on the Atlantic had made it impossible to rescue a woman and four others missing. It said six people have been rescued and another six managed to swim after their yola capsized Sunday with 17 aboard.

“We will search from end to end the entire coastal plain from Lavacama and Punto del Coco beaches, the last flutter to locate the disappeared, because at sea there is no possibility of finding survivors four days after the shipwreck,” said Jonathan Amador, a rescue worker.