What’s behind Mike Pompeo’s visit to the Dominican Republic? 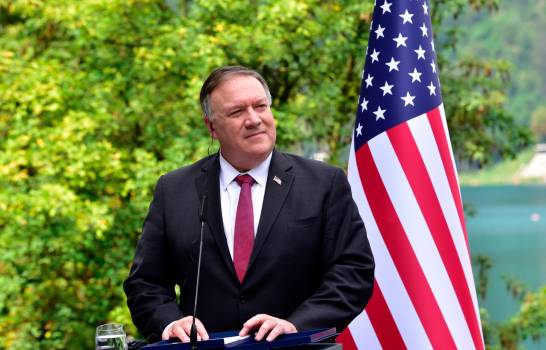 Mike Pompeo, Secretary of State of the United States.

This Sunday, August 16, will be the third time, after the dictatorship of Rafael Leonidas Trujillo, that a Secretary of State of the United States attends the inauguration of a Dominican president. This action sends a direct message of the expectation about the fundamental issues that the United States has with the government that Luis Abinader will lead as of August 16.

The North American authorities are interested in halting the decline of its hegemony as a political and commercial partner of the Dominican Republic and in solidifying relations between the two countries, which were affected by the foreign policy developed by the outgoing president, Danilo Medina.

Political scientists agree that, with the visit to the country of the Secretary of State, Mike Pompeo, within the framework of Abinader’s inauguration, the United States seeks to strengthen its position so as not to allow the relations that the current government maintained with China to displace it in power and influence in the region.

“The fact that such a high-level mission visits the Dominican Republic rethinks our relations within the framework of the geopolitics of the Caribbean, at a time when Latin America, in a general sense, is not a priority for the United States policy,” assures Freddy Ángel Castro.

However, resuming its role as a leading actor and primacy as a business partner is not the only priority for the US authorities. According to political scientist Ricardo Pérez, the United States seeks to synchronize its anti-corruption policy with the new government.

He explains that one example of this is that, in addition to Mike Pompeo, the Acting Undersecretary of the Office of Western Hemisphere Affairs of the United States Department of State, Michael G. Kozak, will come to the country. Kozak has publicly criticized and urged the region’s governments to fight against the scourge of corruption, emphasizing the Odebrecht case.

“The United States has not been satisfied with how the Odebrecht case has been handled in the Dominican Republic. The expectation that the United States has with this new government that is sworn in, regarding the persecution of corruption and, let’s say, the end of the culture of impunity that has prevailed for so long in the Dominican Republic,” says Pérez.

For his part, the political scientist Jatzel Román highlights the harmony that the president-elect has shown with the government of Donald Trump and his intentions to strengthen and restore bilateral relations.

“For us, the United States represents the largest foreign investor, the tourist group, the main destination for our diaspora, the largest destination for our imports. It also represents the largest source of remittances to our economy. So we have to see it as a great sign and symbol of the friendship between the Dominican Republic and the United States, which should also mean the starting point for what will be progress and not regression, as happened in the last eight years,” said Román.

The specialist highlights that in eight years of Danilo Medina’s government, there has not been a single official visit by the president to Washington or bilateral relations. The only exchange recorded was the one he held with Trump in Mar a Lago (Florida), in March this year. That meeting was held within the framework of a meeting of the US president with leaders of several Caribbean countries, to discuss regional cooperation Venezuela’s crisis.

“There were eight years of Danilo Medina’s government; they were two full periods in which there was no good relationship. And this regards two different administrations because, in 2012-2016, there was Barack Obama. From 2016 onwards, there is Donald Trump, so it’s not a temporary issue,” says Román, mentioning that among the factors that influenced both nations’ estrangement is Medina’s position concerning the Venezuelan government, which he described as a wrong policy.

Other Secretaries of State in the DR

In 1978, Cyrus Roberts Vance attended the inauguration of Antonio Guzmán, representing the US government headed by Jimmy Carter, which served a message of transition due to the political context, according to the political scientist Román.

Cyrus Vance had a very close relationship with our country. In 1965, being the American undersecretary of Defense, he was one of the mediators for the cessation of the April Revolution and favored what was called “The Guzmán formula.” The formula called for Antonio Guzmán to assume as interim president of the Dominican Republic in which free elections were organized.

In 1986, George Shultz led the US delegation that represented then-President, Ronald Reagan, in the inauguration of Joaquín Balaguer.

By then, the United States’ priorities focused on Central America, so Balaguer, who had governed for 14 years in different periods, represented a strategic ally for their interests. Hence, the message of Shultz’s visit was one of political alignment, according to Roman.

Just as Cyrus Vance and George Shultz played a leading role in the Dominican Republic’s political transition, Mike Pompeo was the official. The latter made a call to President Medina in 2019, which many attribute to the cause of the dismantling of the alleged re-election attempt of the outgoing president.

Abinader has a “special relationship” with the US

During his term as a presidential candidate, Luis Abinader and his executive team not only focused on the strategies that they will develop at the local level, but they also designed the bilateral plan for the next government.

To achieve this, the president-elect used the relationships he maintains with essential members of the United States Congress, mentioning Republican Senators Marco Rubio and Ted Cruz, Democrat Cory Booker, and the current American ambassador to the DR, Robin Bernstein, as his friends. According to political scientist Freddy Ángel Castro.

“Abinader had full knowledge in terms of what the circles of power in the United States were thinking concerning the Dominican Republic. He worked on these international relations with important Democratic and Republican congressmen within the framework of the establishment around Donald Trump and his representatives in the country ”, he stated.

In statements to the press, the president-elect has defined the relationship with the United States as “very special” and announced that he would increase bilateral exchanges, considering that it is the country’s main ally.

He anticipated that “unprecedented” agreements and alliances would be extended with the United States concerning trade and investment attraction from US companies, especially in the free zone area.