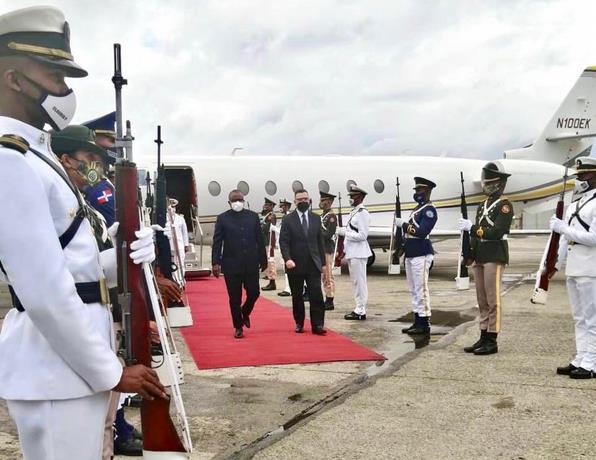 Umaro Sissoco Embalo, president of Guinea Bissau, is the first president to arrive in the country.

The first international guests began arriving in the country for the inauguration of the president-elect, Luis Abinader, tomorrow, Sunday, August 16.

The President of Guinea Bissau, Umaro Sissoco Embalo, was the first head of state to arrive in the country yesterday afternoon to participate as a guest in the ceremonial inauguration of the president-elect, Luis Abinader. Today (Saturday), the arrival of the leaders of Honduras and Haiti is expected.

The arrival of the president of Honduras, Juan Orlando Hernández, and the neighboring country of Haiti, Jovenel Moise, whose plane will arrive at the Doctor Joaquín Balaguer terminal in Santo Domingo, is scheduled for today.

After 4:00 in the afternoon yesterday, the head of the Republic of Guinea, Teodoro Umaro Sissoco Embalo, arrived on a private flight by AILA.

The arrival of the Secretary of State of the United States, Mike Pompeo, is scheduled for tomorrow, who will be accompanied by the Ambassador to the Dominican Republic, Robin S. Bernstein, and the Acting Undersecretary of the Office of Western Hemisphere Affairs of the Department of State, Michael G. Kozak.