War on corruption: Those who steal have to pay with justice for their acts 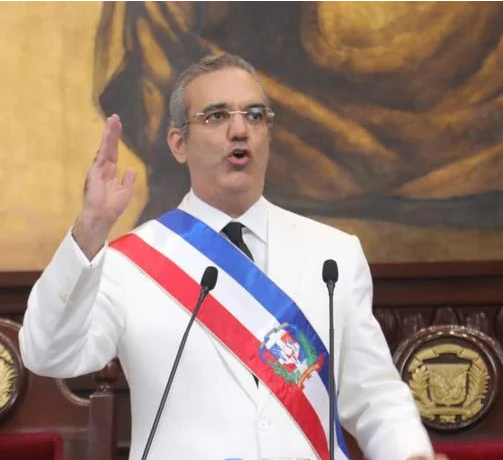 “The Government must be subject to permanent and transparent citizen oversight.”

President Luis Abinader warned yesterday that in the government that begins, it would not be allowed, under any circumstances, that the corruption of the past goes unpunished and that whoever stole the people’s money, must necessarily pay with justice for their actions.

In his speech before the National Assembly, the head of state also warned the new officials. They will accompany them in the government of change, that he will not tolerate any act of indelicacy, much less corruption in his management.

Abinader said that proof of what he says was signing the first decree designating Miriam Germán Brito as an independent attorney general, and Yeni Berenice Reynoso, deputy attorney general. The first is a former judge of the Supreme Court of Justice, and the second is a former prosecutor of the National District.

Abinader warned that the official who makes a mistake with the people’s money would be immediately dismissed and brought to justice since he is convinced that corruption from above encourages corruption from below, “which is criminal, and translates into insecurity, so both have to be fought relentlessly.”

He warned that no one should doubt that in his government, there will be no impunity for corruption in the past, nor for that committed in the future. Abinader further assures that he is committed to the Dominican people, his family, and his father’s memory to head a transparent and ethical government, where the people’s money is handled with total and absolute neatness.

He indicated that a quality democracy, at the threshold of the third decade of the 21st century, requires vertical accountability. This supposes a system of checks and balances between the powers of the State so that none prevails over another.

He expressed that the government must be subject to permanent and transparent citizen oversight. This is also democracy and not only the specific issuance of the citizen expression that represents the deposit of a ballot every four years.“ A full recognition of citizens’ fundamental rights also requires the existence of a just regime of consequences for those who violate the Law, without any type of privilege or impunity, and socially equitable distribution of the fruits of economic growth and national wealth ” he specified.

He stated that the challenges are complicated, and there will be those who feel that their spirits falter before the colossal magnitude of the task. “It is not the case of the Dominicans and, thanks to their inspiration, not that of their president.”

He argued that although material resources are always limited, the capacities for success, creativity, persistence, discipline, solidarity, courage, and faith depend are infinite and constitute the best heritage this country has.

He indicated that however, these gifts would be of no use without unity of action, an agreement that concerns the whole country, above initials, ideologies, and partisanship, after noting that the road is long and dark and that whoever is tempted to travel it alone and without lights, won’t get anywhere.

Luis Abinader warned the new officials who will accompany them in the government of change that he will not tolerate any indelicacy act, much less corruption that may be committed in his administration.