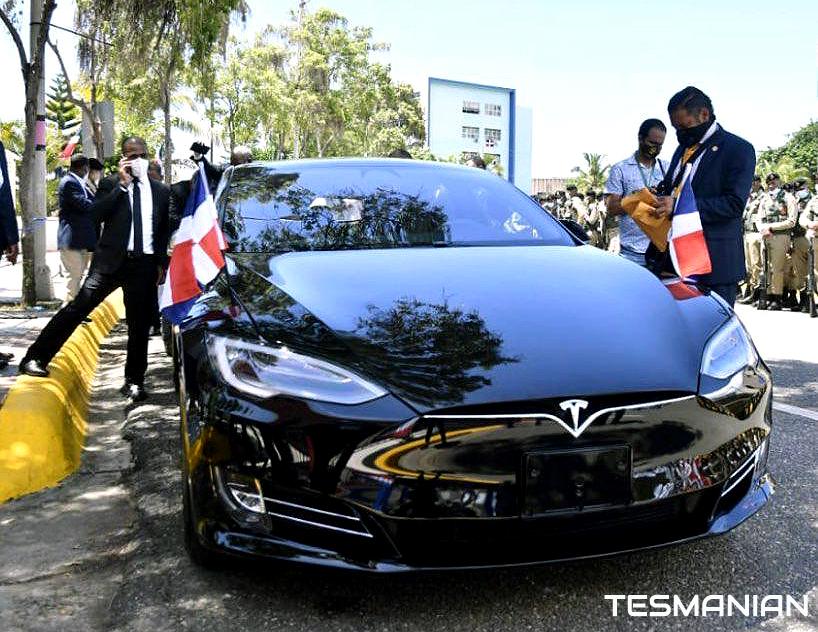 The President of the Republic, Luis Abinader, responded this Monday to Elon Musk, founder of the manufacturer of electric cars Tesla, who was honored that the first president arrived at the National Congress, where the act of taking of possession, in a vehicle of that brand.

Abinader responded by inviting him to make investments in the country since the conditions to do so exist.

“You’re welcome, Elon Musk. The Dominican Republic is a country full of investment opportunities, especially for innovative companies like Tesla, ”Abinader posted on his Twitter account in response to Musk’s thanks.

Around noon yesterday, the user Euric Santi, highlighted the arrival of the president in the said car and mentioned Elon Musk in the tweet, to which the businessman replied: “Thank you, Tesla is more than honored.”

So far, Tesla only offers four vehicles: the Y, 3, X, and S models.

Despite the high price of some of its vehicles, its maintenance is less expensive, since, according to Tesla, it is not necessary any type of annual check-up, only recommending this type of service only when it is needed to replace a part.

Named in honor of Nikola Tesla, inventor of the induction motor and AC power transmission, Tesla has remained at the forefront of alternative energy vehicle construction.

His first car, the Roadster, was revealed a few days after the 150th anniversary of the Croatian scientist’s birth in 2006.

Little by little, this company was expanding its portfolio of models with the presentation of the S-model sedan and the X-model SUV.