At least 17 dead in a shipwreck off Haiti 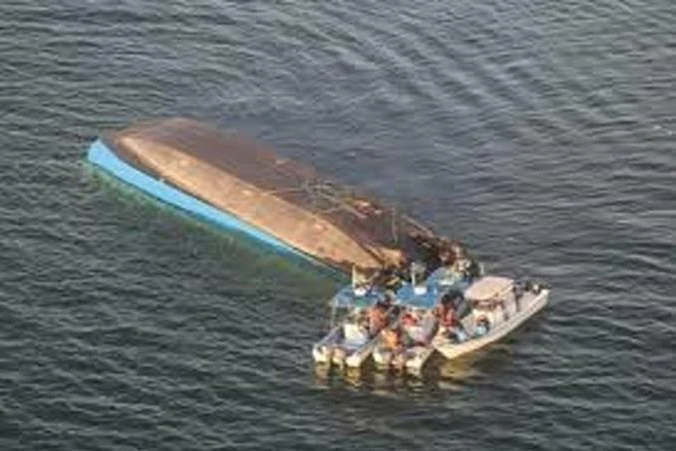 The shipwreck took place on Wednesday afternoon, in the channel that separates Haiti’s main territory from the island of Tortuga, in the northwest of the country.

The sinking of a sailing ship in northwestern Haiti caused at least 17 deaths, including two two-year-old children and a dozen women, authorities reported Thursday.

The shipwreck took place on Wednesday afternoon, in the channel that separates Haiti’s main territory from the island of Tortuga, in the northwest of the country.

On the boat were residents of Tortuga Island. The latter was returning home from the municipal market of the city of Saint Louis du Nord, according to statements by the general director of the Maritime and Navigation Service (Semanah), Eric Junior Prévost, to local media.

The brigadistas of the Department of Civil Protection, with the support of the Semanah, continue the search operations to find possible survivors, explained the general director of the Semanah.

On his Twitter account, Haitian President Jovenel Moise said that he learned with great regret the news of a ship’s sinking on Turtle Island.

“The competent authorities are mobilizing to find the missing bodies and possible survivors. I share the pain of the relatives and friends affected by this tragedy,” Moise said on Twitter.

According to the Haitian authorities, the small sailboat called “Ancelita” had about 30 people on board and merchandise, exceeding the limit of its capacity, and it went to sea without the permission required by the authorities.

“It was shipwrecked due to gusts of wind. In this area, trips are made in poor conditions,” said the director of Semanah.

Almost every year, this type of shipwreck occurs in Haiti. The organisms in charge of controlling the sector, do not fulfill the mission of controlling these ships, which are usually of poor quality and travel overloaded.