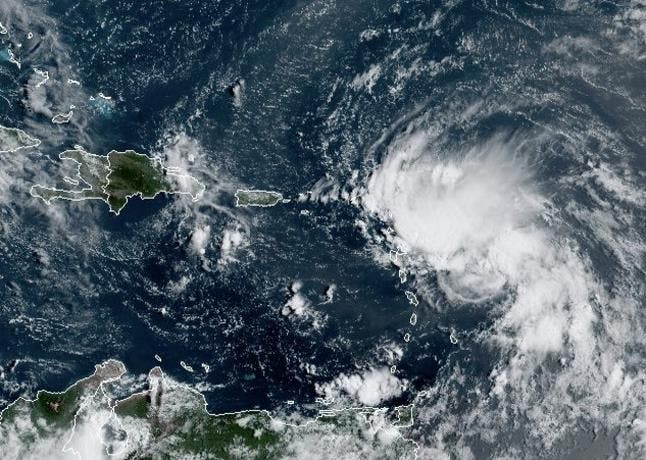 The office also indicated that Laura is now a tropical storm with maximum sustained winds of 75 kilometers per hour (47 mph).

Onamet pointed out that the center of the phenomenon is to the south of the previously estimated position.

Starting at noon, a trough in the lower levels of the troposphere in combination with a tropical wave that approaches the Dominican territory will be causing rains with electrical storms and occasional gusts of wind.

For the weekend, the activated rains will increase notably, due to the humidity left by the tropical wave.