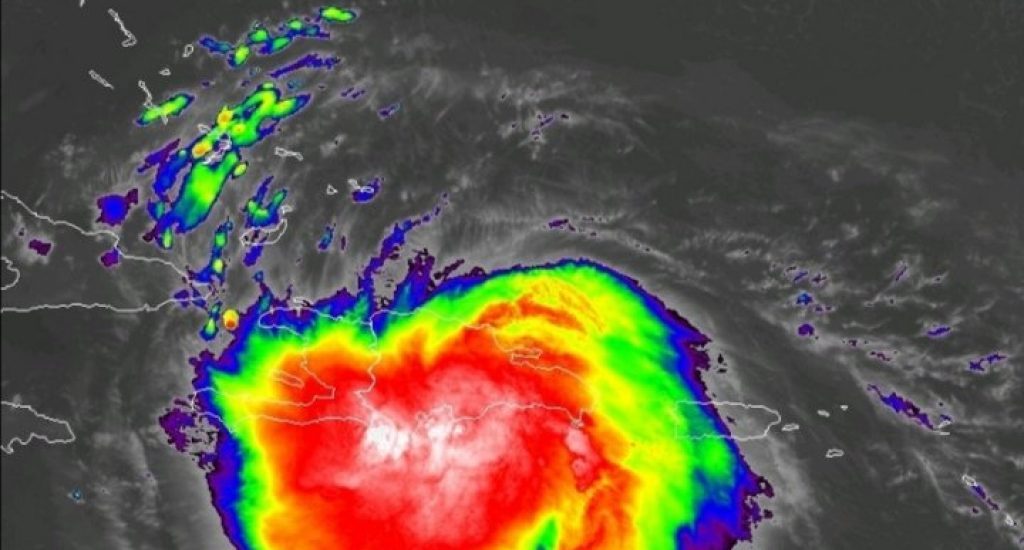 SANTO DOMINGO.- Storm Laura continues its passage through the Dominican Republic, leaving strong winds and rains throughout the national territory.

The National Meteorology Office indicated that the tropical storm continues to move while interacting with the Dominican relief through the Central Mountain Range’s southern slope.

Onamet said that, despite this, Laura maintains a very compact ​​cloudiness area with intense convective cells, which are producing heavy downpours accompanied by thunderstorms and windy conditions.

The office added that at seven in the morning this Sunday, the center of tropical storm Laura was located at latitude 18.9 north and longitude 71.5 west, near Las Matas de Farfán, near the border, and about 120 km to the southeast of Cap Haitien. Its center is expected to be outside the territory in the next few hours.

It is also moving west/northwest at about 30 km/h, with maximum sustained winds of 75 km/h—minimum central pressure of 1005 millibars.

The numerical models indicate accumulated rainfall values ​​between 100 and 200 millimeters and can reach 250 mm in isolated points.

Also, it raises Dajabón, Elías Piña, Santiago Rodríguez and Valverde from alert to meteorological warning for the same conditions.

Forecasters added that the swell would continue with heights between 6 to 8 feet, increased between 10 and 12 feet during this Sunday, throughout the country’s coastal perimeter; therefore, light vessels must remain in port throughout the coastal boundary, until conditions return to normal.