Rains reveal the fragility of the Dominican Republic’s electricity networks 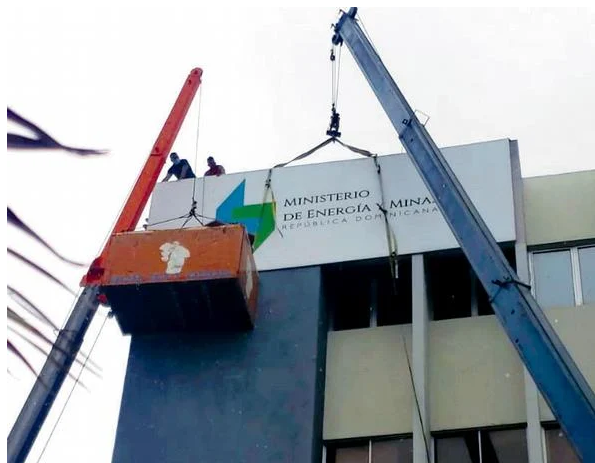 The building that occupied the facilities of the CDEEE now headquarters of the Ministry. EXTERNAL

The passage of tropical storm Laura over a large part of the national territory, knocking down trees and wooden light poles and even concrete, with its winds and rains, once again revealed the energy system’s fragility, precisely that of the distribution that EDES operate.

Hundreds of electrical cables, poles, and thousands of users without power were the scene of the early hours of this Sunday and much of the afternoon hours due to the storm’s passage, disrupting the way of life, businesses, and people who perform remote work.

The Ministry of Energy and Mines, in a press release, reported mid-afternoon that the service had suffered various disturbances that forced the Energy Control Center to declare the Interconnected Electric System (SENI) in the State of Emergency. He specified that in the case of the transmission sector, the storm had not generated significant failures in the national transmission network, keeping the 69Kv lines of La Vega-Jimenoa and Navarrete-Cruce de la Esperanza out.

As for failures in the low voltage networks, the Energy Control Center was forced to shed (remove or withdraw) part of the national demand, using 1,225 MW of projected demand for 1890 Mw.

Yesterday, the electrical service was restored in 269 distribution circuits, a situation that kept more than 900 thousand customers in the national territory without service, “being the south coast, specifically the concessions of EDESTE and EDESUR in Greater Santo Domingo and surrounding areas the most affected.”

At night, EDEESTE reported that due to the arduous work carried out this Sunday by its Operations Center and its technical brigades, under the direction of its general manager, engineer Tomás Ozuna Tapia, on Sunday afternoon it had restored the supply to 51 of the 107 circuits affected and 50% of the 560,000 customers. Despite the continued rains, EDESUR had restored service to 343,376 users, by reintegrating 72 circuits in its concession area. The same work is carried out by the EDENORTE company in the Cibao region.

The Ministry of Energy and Mines is a union of the Unified Council of the Electricity Distribution Companies EDEESTE, EDESUR and EDENORTE, the Superintendency of Electricity, Dominican Electricity Transmission Company (ETED), Hydroelectric Generation Company (EGEHID).

The most significant damage occurs due to the wiring, which is affected by winds and heavy rains or even kites.