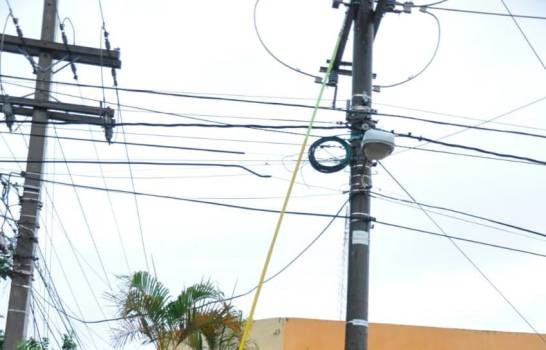 There are sectors that have more than 72 hours without electricity due to the effects of Storm Laura. (FILE IMAGE)

Residents of several sectors of the Santo Domingo Norte, La Caleta, Boca Chica, and Santo Domingo Este municipalities complain that they have had up to 72 hours without electricity, which was interrupted before the storm Laura entered the country, last Saturday.

The residents of La 28 and San Felipe, of Villa Mella, in Santo Domingo Norte, say they are desperate because of the widespread “blackout” that has ruined the food in the fridge.

In La 28 they held a protest yesterday afternoon, blocking traffic during rush hour.

In San Felipe, from Villa Mella, the housewives Isamar Martínez, Marlenis Nuñez and Thairis Esmeralda Martínez, threatened to take to the streets to protest the electricity interruption.

They affirm to Diario Libre that there is a light pole on the ground and that the Corporation of State Electric Companies (CDEEE) went to the place, but they left without solving the problem.

In block 3613, in the Franconia residential area, Santo Domingo Este, they also experience the same situation of the power cut since early Sunday morning.

Ilonca Morillo says she is concerned about the situation caused by the lack of electricity for so many hours.

In the Pan-American Village, in La Caleta, Boca Chica, the neighbors give little hope of solving the fault. They say that when they call the distributor they reply “they don’t know the response time.”

Yesterday, various sectors of the National District held protests to correct the breakdowns that affected them.

The COE reported in its newsletter at 11:00 noon today that a total of 16,586 users remained without electricity for 55 circuits out of service at that time.