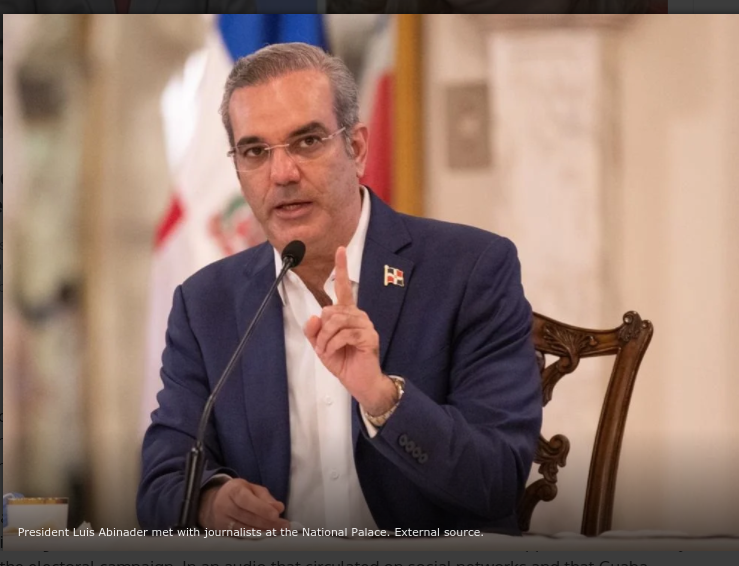 President Luis Abinader reported that the new government has been unable to know the financial and administrative information of the Social Plan of the Presidency because they did not find the hard drives in the computers where that information should be stored. The president indicated in a meeting with communicators and opinion leaders that an investigation is being carried out on suspicion that the aforementioned devices were stolen by employees of the previous management.

The head of the state handles the hypothesis that there was a political project in the institution as part of a campaign operation; hence the intention to dismantle so as not to leave evidence. The above was obtained from employee testimonies, according to the president.

It is recalled that Iris Guaba was questioned about the bid for RD $ 446,801,119 (four hundred forty-six million eight hundred one thousand one hundred nineteen) in electrical appliances in February, during the electoral campaign. In the audio that circulated on social networks and that Guaba admitted was hers, the official sent her collaborators to “fall on” journalists who criticized the acquisitions, calling one of them “stupid.”

The computers of the Essential Drugs Program and Central Logistics Support (Promese/Cal) were left blocked, so the new authorities have not been able to access essential information for the operation of the entity. They do not know how many medicines they have nor do they know the status of the purchasing processes.

Luis Abinader made the complaint, 15 days after taking office, and reported that the staff is working manually. He said that a person whose identity they do not know put a key into the computer system and they cannot find it.

Promese/Cal is a supply center for medicines, health supplies, and laboratory reagents for the National Public Health System, so its work is fundamental in the current health crisis.