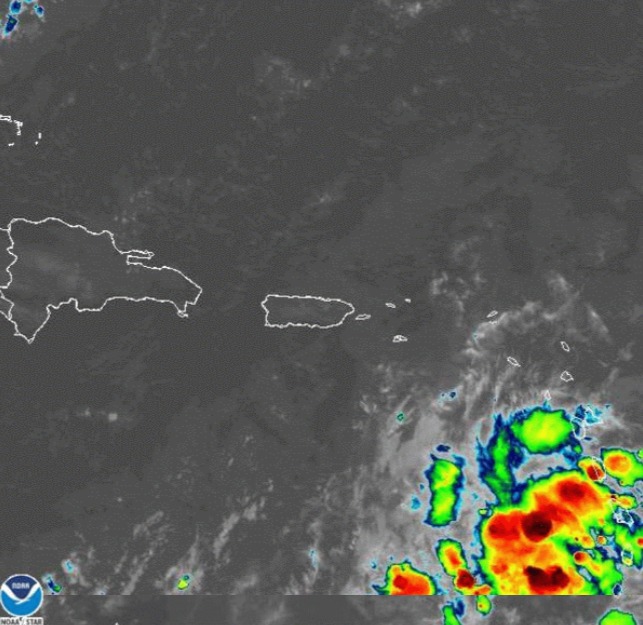 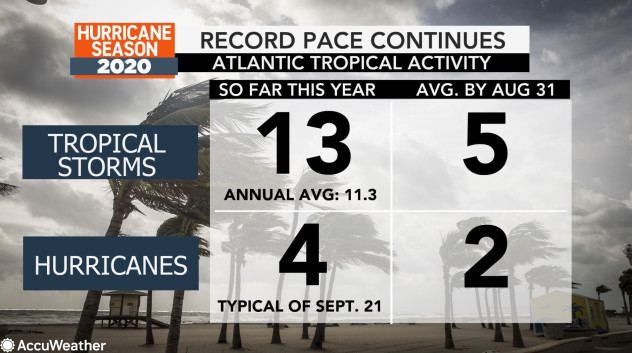 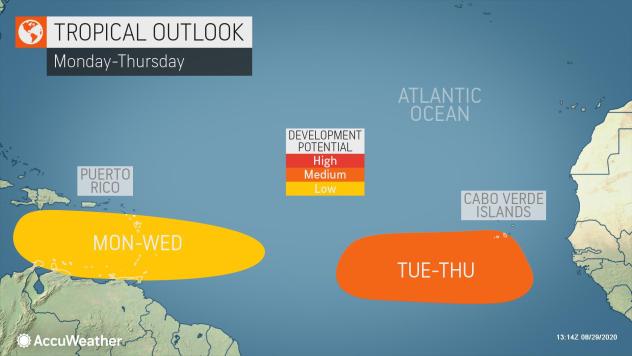 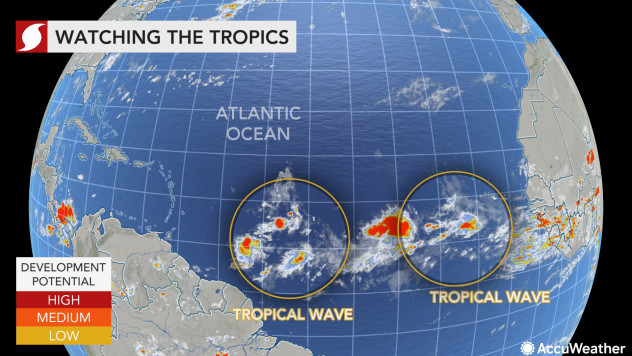 An anticyclonic circulation at different levels of the troposphere is maintained, affecting the weather conditions over the national territory.

According to the National Meteorological Office, we will have scattered clouds and a slightly hazy sky due to the presence of dust from the Sahara.

However, due to the orographic effects, isolated showers could originate, mainly in the region: southwest, Central Cordillera, and the border area.

ONAMET monitors two areas of showers and thunderstorms associated with tropical waves first located about 490 km to the east of the Windward, Lesser Antilles, with a potential of 20% to become a hurricane in the next 48 hours and the second located on the Atlantic Ocean just west of the Cape Verde Islands.

This image, captured on Friday, August 28, 2020, shows the tropical Atlantic void of organized systems. However, clusters of thunderstorms emerging from Africa, indicative of tropical waves (disturbances) are being monitored for development. (NOAA/GOES-East)

Also, a low-pressure zone is reported in the southeastern United States, with an average 40% probability of becoming a tropical cyclone. Due to its position, it does not represent any danger for the Dominican Republic.

For tomorrow, Monday, a trough of low levels will be approaching to slightly increase instability and humidity, giving rise to the occurrence of isolated showers in the afternoon, towards some points of the areas: northeast, southeast, border and the southwest area of ​​the National territory.

September is typically the busiest month for tropical storm development, and the peak date for tropical storm activity is usually around Sept. 10. Over the past 100 years on this date, there have been more than 90 active named storms. 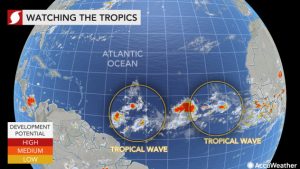 The 2020 season has already brought 13 named storms, which is not only well ahead of the average pace, but also in record territory, even surpassing the infamous 2005 season. The year 2005 brought Katrina, Rita, and Wilma. This year, Cristobal and all the storms from Edouard through Marco set early-season formation records for their respective letters. 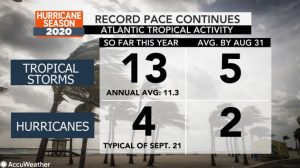 Thus far, Laura has had the most devastating impact on the United States and also left more than 20 dead in the Caribbean as it unleashed heavy flooding rain in Haiti, the Dominican Republic, Cuba, and Puerto Rico.

Tropical storms are generally named for each letter of the alphabet, except for the letters Q, U, X, Y, and Z. Once all of the letters are used, then letters of the Greek alphabet are used, and that has only happened once before, in 2005.

There appears to be no serious tropical threat to the DR or North America mainland during the first week of September, but the lull is not likely to last long with a bumper crop of storms expected through the end of the season that concludes at the end of November.

AccuWeather meteorologists expect this season to finish just behind the 2005 season with 20-24 named systems. The 2005 season had 26 named storms.

There have been seven named systems that have made landfall in the continental United States this year, a record amount to have occurred by the end of August. This record was set when Laura made landfall on Aug. 27, breaking the previous marks set in 1886 and 1916 with six through the end of August, according to Colorado State University Meteorologist Phil Klotzbach. In addition to Laura, Marco, Isaias, Hanna, Fay, Cristobal, and Bertha all made landfall.

Additional landfalls are likely in the DR and the U.S. before the end of the 2020 Atlantic hurricane season.