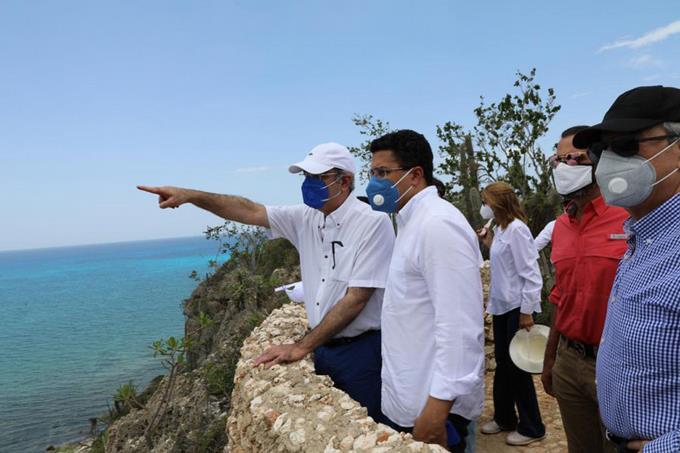 President Luis Abinader, together with the Minister of Tourism, David Collado, during the tour through the tourist exploitation areas of Pedernales. The president announced that the Government will modify the Master Plan to adapt it to certain conditions aimed at its development. 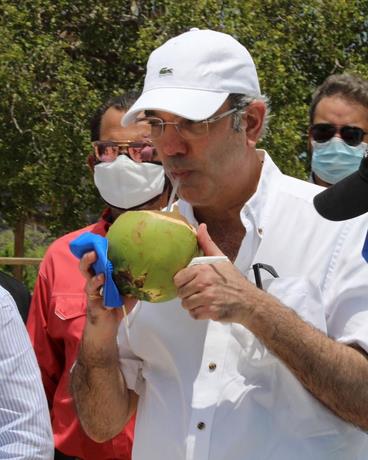 President Luís Abinader’s two-day visit to the Pedernales province suggests that tourism development in that area could be one of the main legacies of his four-year mandate.

The president and leader of the Modern Revolutionary Party (PRM) see tourism as one of the main axes for the recovery of the Dominican economy, drastically affected, like the rest of the world, by the coronavirus pandemic.

Within this initiative in favor of Dominican tourism, Abinader set his eyes on Pedernales, whose development for years has been promised by several leaders.

This place has unbeatable conditions to become one of the main destinations in the Caribbean and America.

The President assured that the Government plans to build the tourist complex in that place would be ready in two and a half years if the project work begins immediately.

During a meeting with civil society representatives, churches, avocado producers, fishers, and the tourist center of this southern province, Abinader predicted that the project would have at least three thousand rooms.

“Many people, as is normal in a democracy, critical of any action that the Government does, say: ‘well, now there is no tourism,’ but these are the times when we have to act because we are working hard now, this The project will be in two and a half years,” declared the president.

Likewise, he said that during his stay in Pedernales, a survey was conducted on the availability of some tourist areas and beaches in the area, to determine which ones fall under protected areas.

He assured that there were already plans with the designs for creating a tourist spot in the place, commissioned by the former government. Still, these will be modified to accommodate the objectives of the current administration.

With what money will it be built? A participant asked him, to which he replied that the State would be financially “creative,” indicating that the main thing is to have a plan drawn up to develop the infrastructure.

The Head of State said that they would look for, among the hotel companies’ businessmen, those who can manage the hotels.

In case of not finding support in the private sector, he said that a trust would be created so that the State can start construction, noting that it will be carried out with the necessary transparency. Later “companies and funds will come to acquire those hotels.”

Likewise, Abinader highlighted the difficulty for an investor to dump their capital for constructing a hotel complex in a town if there is no airport there, so this is the reason for the decision to create an air terminal in Pedernales.

During his visit, the president is accompanied by several officials, among them: the administrative minister of the Presidency, José Ignacio Paliza; and the Minister of Tourism, David Collado

Abinader was also accompanied by the first lady, Raquel Arbaje, and the ministers of the Presidency, Lisandro Macarrulla, of the Environment and Natural Resources, Orlando Jorge Mera of Public Health, Plutarco Arias.

The community members request several works in the place, both in the sports, academic, health, and economic areas.

President Luis Abinader assured them that he would convert the hospitals in the province of Pedernales and the entire country into efficient health centers with specialists in each of the municipalities.

The head of state explained that from now on, depending on the size of the municipality and its importance, they will have high-quality hospitals with good services offered to citizens.

Abinader promised that ambulances would soon arrive in the different municipalities of Pedernales that will assist the residents of this entire area through health centers.

He specified that the government is currently working hard in the medium and long term to face the COVID-19 crisis, to improve the entire national health system.

Upon arrival at the site, Paliza explained that the survey already carried out projected that for each hotel room, up to five direct jobs could be generated in this province, considered one of the poorest in the country.

“If the project develops, the city of Pedernales would grow almost double. We are talking about high-level tourism, and several hotel rooms would be built, all this while preserving the ecological balance of the area, added the official.