Young Dominicans are passionate about engineering and come to NASA 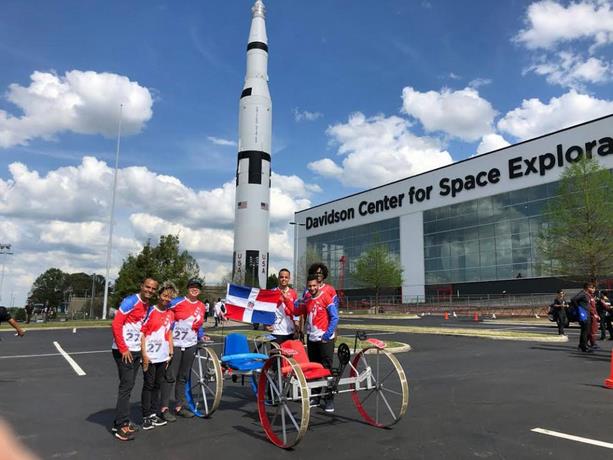 What has always kept this group of Dominican boys on their feet is their perseverance and passion for science and problem-solving. 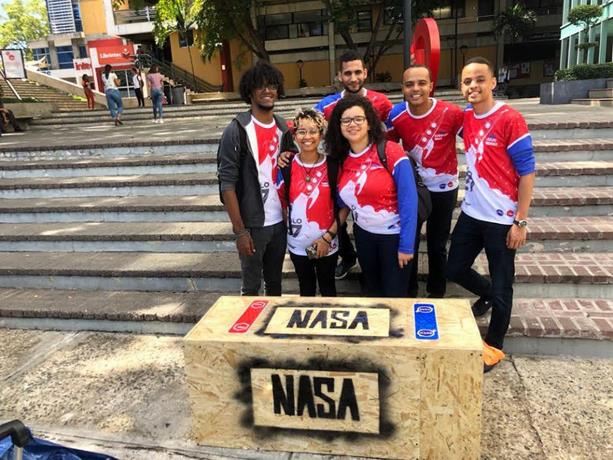 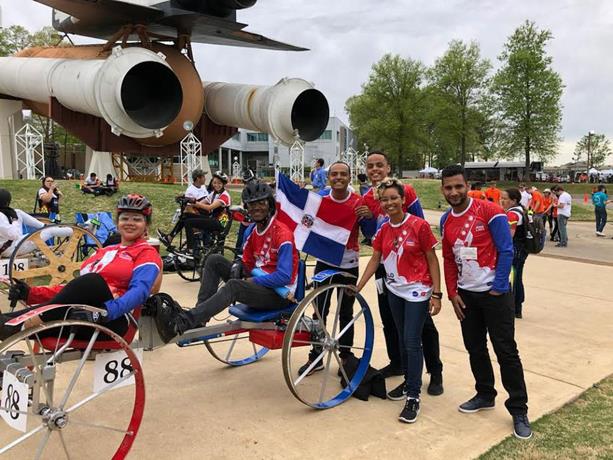 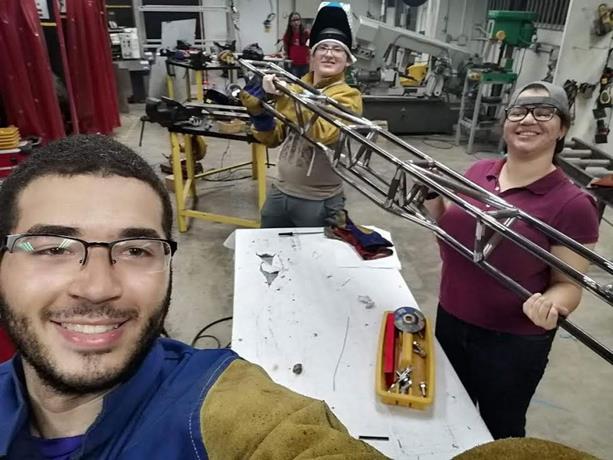 What has always kept this group of Dominican boys on their feet is their perseverance and passion for science and problem-solving.

A group of students from the Santo Domingo Technological Institute in the engineering area developed a project to participate in the National Aeronautical Administration contest known by its acronym in English as NASA.

These boys participated in the “Human exploration Rover Challenge,” a challenge that consists of creating a Rover, the scientific entity’s exploration device in its expeditions to other planets, which had to meet a series of expectations and exceed all challenges in different hypothetical situations.

Katherine Amarante, Matthew Rosario, Julio Núñez, Omar García, Juan Chririboga, Valentín López, Manuel Reyes, José Lara and Leslie Rosario, all led by maestro José Ezequiel Díaz, who gave them his support in each of the phases of the challenge.

The young people spoke a little with journalists from Listín Diario about their achievement in winning the Nasa award and talked about their future and their path with their professional careers.

Julio Núñez, one of the group members, a native of La Vega, indicated that the experience of participating in the challenge has been quite educational and put his creativity and other abilities to the test, as this is a reasonably competitive challenge. “The challenge is truly great, and I am quite proud to be able to represent my country in foreign areas; I believe that the objectives can be achieved with dedication and work, ”he said.

“This award makes me very happy because I know that many young people will be inspired to pursue their goals. I want you to know that we not only come from a specific place, but from different parts of the country, so I hope that the youth will not limit themselves and find a way to achieve their dreams, “added Núñez, an electronics student at INTEC.

Valentín López, who was in charge of working on the telemetry part of the project, a position that consists of measuring physical magnitudes at long distances, explained that for the construction of the Rover, it is necessary to have exact measurements of the vehicle. The measurements influence the health of the pilots and the environment, so this challenge led Valentin to step into an astronaut’s shoes.

López, an electronics student, added that he had to ask himself: What do I want to measure if I am on another planet? And if I am on this space station, what do I want to know about the vehicle and astronauts? That is why we prepared cameras; we believed that something that people would like to see in these missions is to visualize what happens in real-time,” he said.

Juan Chiriboga, a mechatronics student, said that being part of the team has been “one of the coolest experiences” for him since he could take everything he learned at INTEC off the paper, something that for him was quite exceptional and exciting.

“This experience helped a lot to exploit my creativity and reinforce my knowledge because by practicing, you can discover new things that are not in books, and you can learn them in these projects,” he explained.

As an engineering student, belonging to a project that bears NASA’s name is “something glorious and a dream come true,” says Chiriboga. Also, there’s the fact that “we can show the world that the Dominican Republic has the capacity and the brain to go abroad and be glorious like any other country.”

THE IDEA IN PHYSICAL

“I believe that as long as man can conceptualize an idea and then be able to see that idea in physics: that it performs a function and it adjusts to the theories that he had, it is something precious. Especially when you work for months on that theory, and you manage to apply it, it is incomparable happiness,” declared Valentín López.