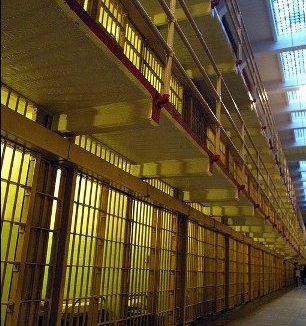 Here are the countries of origin, moreover, the number and percentage of those countries citizens recently incarcerated in the U.S. BOP prison system (Note: The most recent BOP crime numbers available were from August 22, 2020).

With 15,392 Mexican nationals being incarcerated in the BOP prison system, at 57.7percent, they represent a significant majority of criminal aliens in federal prisons.

The U.S. Federal Bureau of Prisons breaks down the federal prison population into 13 types of offenses. One of the top six offenses, the reason inmates are serving time in federal prisons is for immigration crimes.

There were 6,439 inmates in the BOP prison system incarcerated for immigration crimes; they were 4.4 percent of the federal prison population.

David Olen Cross of Salem, Oregon is a crime researcher who writes on immigration issues and foreign national crime.

The preceding report is a service to federal, state, county and city elected and nonelected governmental officials to help them assess the impact of foreign national crime in the United States of America. He can be reached at [email protected] His current and past crime reports can be found at http://docfnc.wordpress.com/.